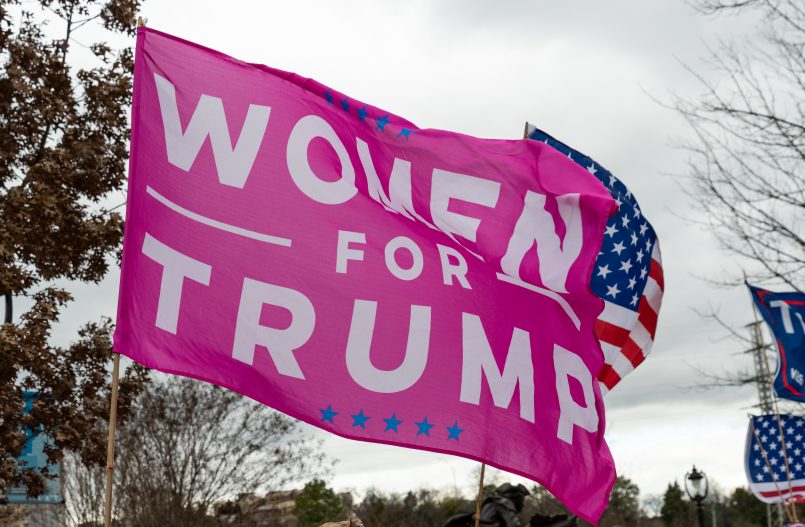 Our representative in Congress, Elise Stefanik, is among the Republican women whose careers have received a boost from their association with Donald Trump – an unapologetic misogynist.

As the political historian Leandra Zarnow writes in “Send Her Back: Trump’s Feud with Feminists and Conservative Women’s Triumph,” an essay included in the forthcoming  collection from Princeton University Press, “The Presidency of Donald J. Trump: A First Historical Assessment,” Trump rewarded Stefanik for her defense of his scheme to force Ukraine to investige Joe Biden’s son by  “sanctifying her as a ‘new Republican star’… assuring her ascent in House leadership.” Stefanik, Zarnow writes, “was the biggest winner in the fallout after Wyoming representative Liz Cheney defiantly voted for Trump’s second impeachment.”

Apparently, Stefanik had studied the women who orbited Trump during his presidency: Kellyanne Conway;  press secretary Sarah Huckabee Sanders and her successors; Ivanka Trump; a few Senate-confirmed Cabinet officers and several executive appointees. According to Zarnow, these women helped reassure the Republican base even as Trump demeaned women personally – from Hillary Clinton to Nancy Pelosi to the Squad – and shredded previous administrations’ commitment to global women’s rights, curbed aid to NGOs supporting women, turned victims of domestic violence away at the borders  – and nominated a man plausibly accused of sexual assault to the Supreme Court.

Women’s sponsorship of Trump appears to have contributed to his electoral success with white women. He fared better with those voters in 2020 than he did in 2016, when he received 47% of their votes.  In return for their support for Trump, Republican women have been given even more fuel for their political ascent. Thirty-five Trump-touted women, for example, were  elected to Congress in 2020. “Women’s political ambition cuts across party lines,”  writes Zarnow.

It is not clear, however,  if the bargain Stefanik and other women made with the former president will continue to generate the yields they anticipated.

Over the past few weeks, Trump’s attraction to hyper-manliness – a close relative of misogyny – in the person of Vladimir Putin appears to have cost Republicans some potential mid-term support.

While the US and its European allies were assembling the tools available to punish Putin for making war on the independent state of Ukraine, Trump was describing the Russian leader as “smart” and “savvy.” On Feb. 23, as the Russian invasion of Ukraine began in earnest, Trump repeated his admiration for the autocrat.

Trump’s support for Putin and other autocrats may be repellent even to Stefanik. In any event, she sought to distance herself from Putin and his allies in the days after Feb. 23 and to place herself on the side of President Volodymyr Zelensky and Ukrainian democracy, no doubt hoping that her constituents will forget that she once routinely repeated Putin’s claims of “rampant and widespread corruption in Ukraine,” claims which he later used to justify his invasion, or that she spent  Trump’s first impeachment trial making excuses for his decision  to withhold  $391 million in military aid to Ukraine, an act of extortion that was detrimental to the democracy and of benefit to Russia.

It is, however, far too late for Stefanik to disassociate herself – however tacitly –  from Trump and his policies. The residents of Lake George, Bolton, Hague and the other towns north of Queensbury who will continue to vote  in the reconfigured, reapportioned 21st Congressional District will have the opportunity to hold her accountable for the political and moral choices she has made when they go to the polls in November.  And Stefanik will learn if the Faustian bargain she made with Trump was – even in the short term – worth the price.