The Court of Appeals Rules. Apperson Would Have Approved 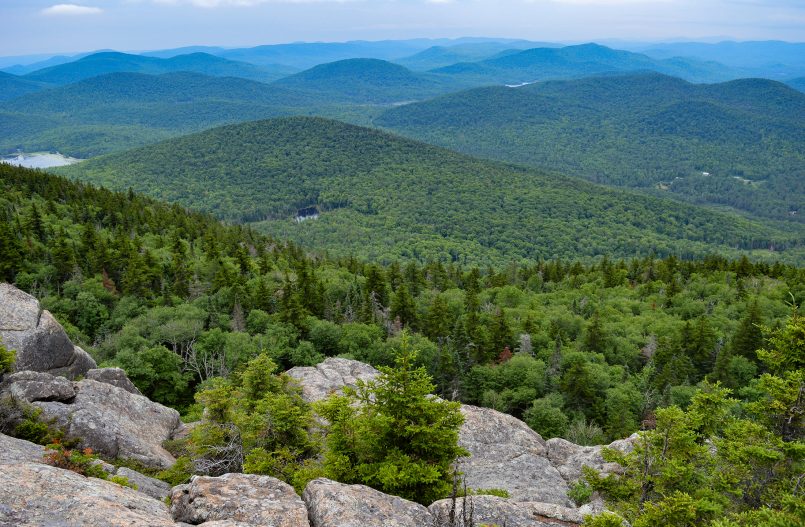 A view from the Wilcox Wild Forest, where New York has acquired 1,263 more acres. Thanks to a May 4 ruling by the Court of Appeals, its wild character will be preserved.
By Anthony F. Hall

Last week, New York State announced that it has purchased 1,263 acres of mountainous forests in western Warren County for the Adirondack Forest Preserve. Thanks to a  decision by New York’s highest court on May 4, there is a greater than average likelihood that its wild character will be preserved, rather than compromised for the sake of economic development. The issue at stake in Protect the Adirondacks! Inc. vs. NYS Department of Environmental Conservation and Adirondack Park Agency, which has been wending its way through the courts since 2013, was one of priorities. Which is to have precedence in the Forest Preserve: recreation, motorized and otherwise, or wilderness preservation? The Court  decided in favor of wilderness. “This is a major decision, one for the books, in the history of the Forest Preserve,” said Peter Bauer, the head of the organization that brought the lawsuit against the DEC and the APA. Ostensibly, the constitutional question decided by the court was a narrow one: whether a proposed snowmobile trail through the Forest Preserve, which would have required the destruction of  trees, violated Article XIV of the state Constitution. That clause famously states: “The lands of the state, now owned or hereafter acquired, constituting the Forest Preserve as now fixed by law, shall be forever kept as wild forest lands.” The issue for many observers, ourselves included, was not so much how many trees, or what size tree, may be removed without violating the Constitution, but, rather, the meaning of the Forest Preserve. Is its purpose to promote economic development through recreation, as Andrew Cuomo, his appointees at the DEC and the APA and his allies in the legislature maintain? Or is  its value higher, more  transcendant, than mere utility? The Court of Appeals chose to side with those who ratified Article XIV in 1894 and those who, over the decades, have affirmed its original intent: “to prevent the loss of some quality of wildness, a thing of big trees, bears, beavers, hermit thrushes and scarlet tanagers….” as the conservationist George Davis wrote fifty years ago. Wilderness  is not something assembled from disaggregated fragments. It is a unified whole. It is not experienced in one discrete encounter, but in a lifetime of encounters repeated in numberless variations across time. The destruction of one piece not only precedes the destruction of other  pieces, it undermines the integrity of Article XIV: to keep “forever as wild forest…the lands constituting the Forest Preserve,” and, for that matter, the meaning of wilderness (“where the earth and its community of life are untrammeled by man”).  John Apperson, the GE engineer who led the campaigns to protect Dome Island from development,  add Lake George’s east shore to the Forest Preserve and prevent Robert Moses from building a highway along the west shore, among many other things, would have been heartened by the decision of the Court of Appeals. If that be taken as an endorsement of the Court’s wisdom, we can think of no stronger one.