Six Reasons Why Lake George is Still a “Hope Spot” 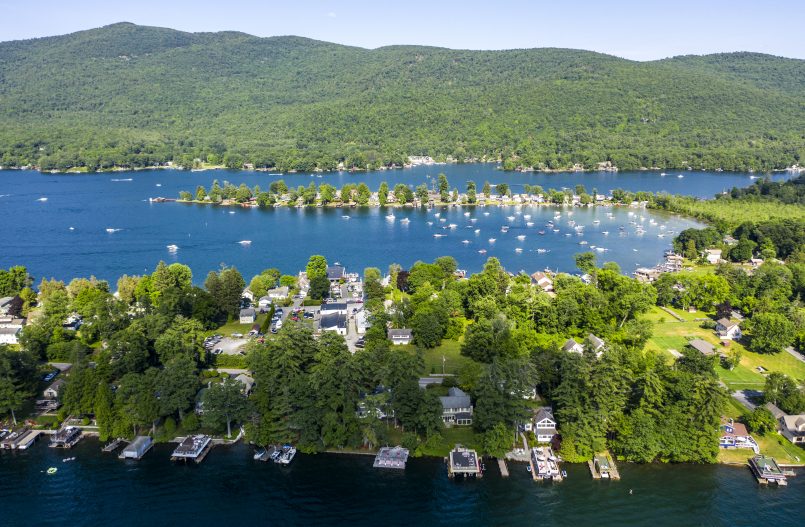 In January, 2018, six months after New York State’s Department of Environmental Conservation reported that harmful algal blooms had been found in 81 lakes and ponds across the state, Governor Andrew Cuomo announced a $65 million initiative to combat harmful algal blooms in twelve upstate lakes, Lake George among them. Of the twelve lakes, only Lake George had yet to experience a documented HAB. As a result, this lake was viewed as an example, to be emulated by other lakes. Or, as the author and activist Sandra Postel put it in her 2019 address at The Fund for Lake George’s annual meeting, Lake George was “a hope spot… a beacon for those working on fresh water issues everywhere.” Despite, and perhaps because of, the discovery of harmful algal blooms in the lake in November, Lake George remains “a hope spot… a beacon.” Why? Number One: the Jefferson Project, the collaboration of IBM, Rensselaer Polytechnic Institute and The Fund for Lake George, is deploying its resources to determine the sources of HABs. Its science will inform the investments and activities not only of The Fund for Lake George, but of the Lake George Association. Reason Number Two? Lake George is a committed community, unified by a common interest in protecting the lake. Reason Number Three: a Lake George HABs action plan, adopted in 2018 and funded in part by Governor Cuomo’s initiative, is guiding the decisions of the two lake protection organizations and municipalities around the lake. The plan’s architectonic purpose is to reduce the transit of nutrients – considered a likely source of harmful algal blooms – into Lake George.  Created by the DEC, the LGA, The Fund, the Lake George Park Commission and the Darrin Fresh Water Institute, the plan calls for wastewater treatment plant improvements, new septic systems and stormwater controls. Reason Number 4: almost all recommended actions, from funding wastewater treatment upgrades to reducing storm water, have been completed or are well underway. The exception is a lake-wide septic inspection program. To be sure, Queensbury and Bolton have enacted local laws mandating the inspection of septic systems upon the transfer of properties, and the Town of Lake George has adopted a Septic Initiative, which helps property owners replace aging or failing septic systems. When studying the potential benefits of such an initiative, The Fund and the Town learned that two thirds of all septic systems had exceeded their life expectancy and roughly half were never inspected or maintained. It is safe to assume that these same conditions apply in every other town around the lake. Reason Number Five why Lake George remains a hope spot: We have the Lake George Park Commission. New York State gave the Park Commission a mandate toimplement an annual inspection and maintenance program for septic systems when it granted the agency enhanced authority in 1987. The Park Commission’s first attempt to fulfill that mandate was declared invalid by the courts in 1994.  Rather than addressing the technical lapse that annoyed the courts, the Park Commission shelved the program entirely. It is time – far past time – for the Lake George Park Commission to develop and implement its basin-wide septic inspection program. Reason Number Six for hope: the program will have the support of a committed community intent on preventing future harmful algal blooms.