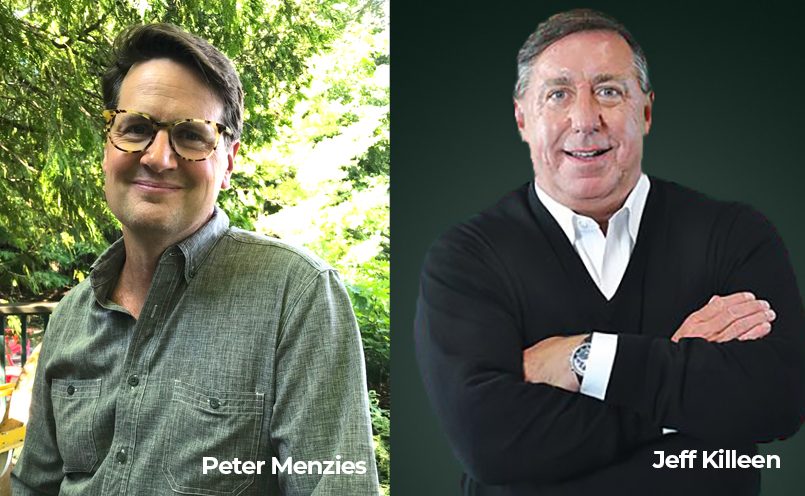 By Peter Menzies and Jeff Killeen

The recent discovery of the first confirmed Harmful Algal Bloom (HAB) on Lake George was both alarm bell and sobering reminder that even The Queen of American Lakes is not immune to this devastating problem that has befallen hundreds of other lakes in New York and across the country. As the number of HABs escalates, so too do their costs: to economies, water supplies, and property values, with estimates totaling well over $4 billion in the U.S. alone, every year.

Because the causes of HABs remain elusive—a critical factor contributing to their skyrocketing cost—science-based investigation is fundamental to an effective response.

At Lake George, not only do we have the world-leading science and technology of The Jefferson Project working to identify the physical, biological, and chemical factors that may be responsible for the bloom, we have a potent constituency of public and private partners already working together to protect our Lake by stopping invasive species, curbing road salt use, and reducing nutrient loading that feeds algae growth.

In fact, when it comes to HABs, Lake George has a level of expertise and commitment at work that is unmatched anywhere in the world.

Shortly after the discovery of the HAB by Lake George Association Director of Education Kristen Wilde, The FUND for Lake George and the LGA announced that we would be working together toward the prevention of future outbreaks.

Our coordinated efforts take their lead from the science and investigatory work of The Jefferson Project—the collaboration of IBM Research, Rensselaer Polytechnic Institute, and The FUND—with its unparalleled capacity to understand and solve a problem as complex as HABs.

While toxins were not detected in the confirmed HAB at Harris Bay, Jefferson Project scientists are conducting extensive research to determine what triggers toxicity in the algae that form HABs and whether a toxic bloom could occur in Lake George in the future.

Most important in their research, according to The Jefferson Project, is determining whether the HAB was “a natural event or…an early warning sign of human activities impacting the Lake, due to factors like increasing nutrients or global climate change?”

Nutrient loading from aging and failing septic systems and wastewater treatment plants, and from stormwater runoff, are considered to be driving factors in feeding many harmful algal blooms. In 2018, Lake George was fortunate to be selected by Governor Andrew Cuomo as one of 12 priority lakes across New York State to be included in a major HABs research and prevention initiative. As part of this initiative, a comprehensive Lake George-specific Harmful Algal Bloom Action Plan was developed with a primary goal of reducing nutrient loading.

Just two years later, a number of the Plan’s priority projects have already been completed or are underway. These include construction of a new wastewater treatment plant in the Village of Lake George—the single-largest source of nitrates in the entire watershed, installation of a woodchip bioreactor and other upgrades at the Town of Bolton treatment plant, and upgrades to the Town of Hague treatment plant, as well as numerous stormwater remediation projects.

Still to be addressed is the Plan’s recommendation for a basin-wide mandatory inspection and maintenance program for septic systems, and development of a 50% cost sharing program for property owners whose aging and failing systems need replacement.

Credit is due to the towns of Queensbury and Bolton for taking a vital step in the right direction by implementing mandatory septic system inspections for properties at the time of sale. Kudos also go out to the Silver Bay YMCA Conference & Family Retreat Center for replacing its conventional septic system with a $3.5 million state-of-the-art wastewater treatment plant.

LGA and FUND Doing Our Parts

The threat of future harmful algal blooms to our Lake and our Lake-based regional economy has never been more real, and redoubling our collective commitment to keeping Lake George clean and clear is imperative.

In addition to the actions noted above, The FUND and LGA are committed to doing our part to protect Lake George. Important actions include the LGA’s Homeowner’s Guide to Lake-Friendly Living and The FUND’s Safe Septic System Initiative, with no- or low-cost financing available for septic system replacements through Glens Falls National Bank & Trust Co. and Adirondack Trust, along with its Low Impact Development certification system.

Together, our organizations and everyone who depends on and cares about Lake George have crucial roles to play in protecting the Lake from another Harmful Algal Bloom.

Peter Menzies is president of the Lake George Association. Jeff Killeen is chairman of The FUND for Lake George.