Lincoln and Tocqueville: This is How Democracy Ends 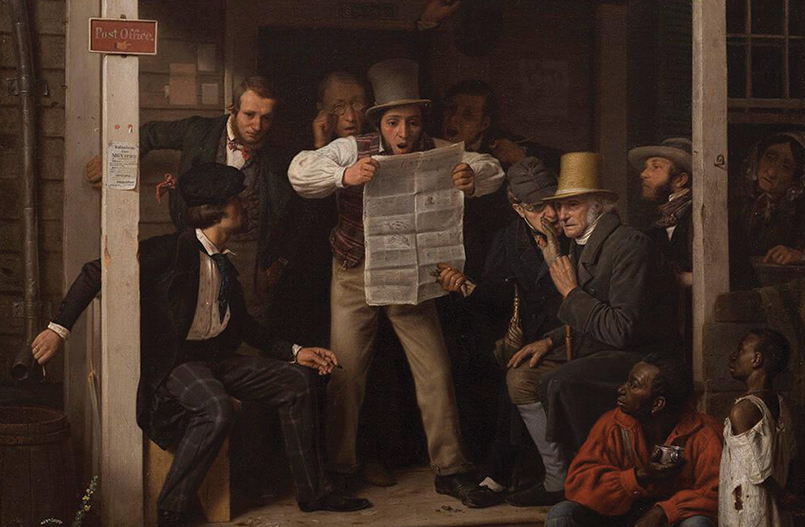 There is no proof that Abraham Lincoln ever read  Alexis de Tocqueville’s “Democracy in America,” but two new books, “His Greatest Speeches: How Lincoln Moved the Nation” and “The Man Who Understood Democracy: The Life of Alexis de Tocqueville” affirm the many and clear connections between the two, who were near-contemporaries.   Tocqueville arrived in the US in 1831, traveling not only through New England and New York but to Ohio, Michigan and Wisconsin, states where he found frontier communities not unlike New Salem, Illinois, the town in which the 22-year-old Lincoln settled that very same year.

Neither would have been surprised to read Bayard Rush Hall’s recollection of an 1828 race for a seat in the Indiana state legislature: “We always preferred an ignorant man to a talented one… smartness and wickedness were supposed to be generally coupled.” His talents and smartness notwithstanding, Lincoln was elected to the Illinois state legislature, and it was as a state legislator that he gave his first truly great speech, delivered to the Springfield Young Men’s Lyceum on the topic of “The Perpetuation of Our Political Institutions.”        Looking beyond the immediate horizon, Lincoln saw threats to the constitutional system in  violent mobs (think January 6, 2021) and  demagogic populists (e.g. Donald Trump). According to Lincoln, the bulwark of  “our political institutions” lies not only in an informed and intelligent appreciation of  America’s history and its founding documents, but in the habits, attitudes and commitments appropriate to a self-governing people.

The  explorations of Alexis de Tocqueville, “The Man who Understood Democracy,” inspired one architectonic question: can a form of government devoted to both liberty and equality survive?

Both Lincoln and Tocqueville  recognized that such a democracy requires an almost existential commitment from its citizens if it is to endure.  They both understood that democratic self-government was something fragile – an experiment. Like Lincoln, Tocqueville doubted  that the forms and formalities of democracy were sufficient to maintain a democratic government. It requires the mutually re-enforcing interplay of state and society. Democratic institutions may help foster a commitment to democracy, but those institutions draw their spirit from the communities, neighborhoods, schools and churches where the habits of association,  cooperation and respect for the law are learned.

It is, by the way,  “from small beginnings in disrespect for the law” that  “the entire experiment in self-government might be overturned.”

That, according to Diana Schaub, author of “His Greatest Speeches,” was Lincoln’s sincere conviction.

“Corruption breeds corruption. The lawless in spirit become lawless in practice,” Schaub comments. Lawlessness erodes trust in government and the experiment in self-government ends in despotism.

Lincoln acknowledged the difference between the constitutionally-protected right to peaceably assemble and a riot.

Toqueville, too, distinguished liberty from license.

“Liberty was not the enemy of authority but a civil and moral quality,” notes Olivier Zunz, author of “The Man Who Understood Democracy.”        Contempt for the law was among the most disturbing aspects of the Republican officials’ attempt to overturn the 2020 presidential election. That contempt was magnified by the mob that attacked the Capitol on January 6. If they – the “Ultra-MAGA” – succeed in overturning a constitutionally-valid election next time, in 2024, it is safe to say the experiment in self-government will already have come to an end.