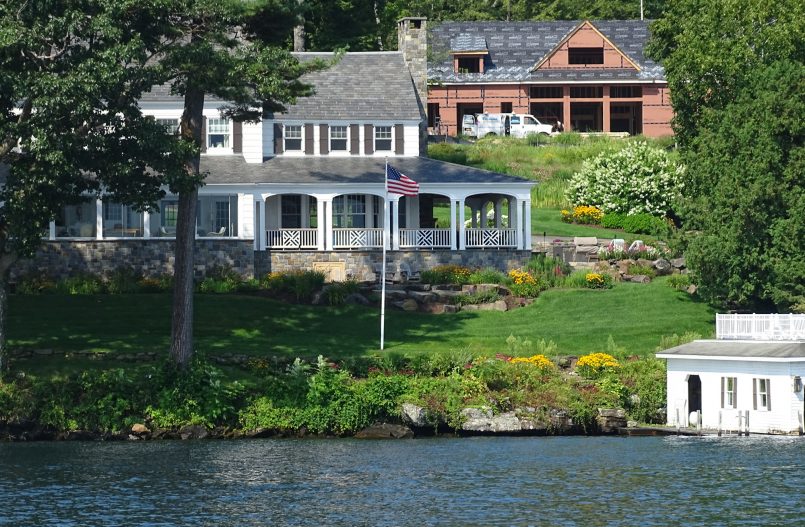 The Lake George Park Commission has voted to move forward with long-deferred regulatory changes that, its members believe, will tighten protections of  the lake’s water quality.

Rounds of meetings with the Department of Environmental Conservation and the Adirondack Park Agency,  as well as with municipal officials, engineers and representatives of interest groups,  have been conducted to discuss the proposed changes, Dave Wick, the Commission’s executive director, said April 28.

Once the changes have been approved by officials in Albany, public hearings will be scheduled to elicit residents’ opinions and concerns, as required by the New York State Administrative Procedures Act. Those hearings  will be announced well in advance and allow residents several opportunities to comment on the new rules.

Among the proposed changes are rules limiting development within stream corridors.

The Lake George Park Commission’s 2008 stream corridor regulations were languishing somewhere in the state capitol until December 2010, when the Governor’s Office of Regulatory Reform finally approved them. That office was abolished, however, and the implementation process was stalled until only recently.

The DEC, however, has advised the Commission to disaggregate stream corridor rules from stormwater management regulations and to treat them as a separate entity.

“We have agreed to follow that path, which enables us to move forward more quickly,” said Wick

As originally proposed, the regulations would have strictly curtailed tree cutting, paving and building within 100 foot width corridors.

“Expanding a buffer from 50 feet to 100 feet gives you only ten percent more effectiveness when treating runoff,” said Wick. “We get more bang for the buck – and we hope, community support, by limiting the buffer to 35 feet.”

The rules would also include provisions that would allow homeowners to secure recreational access to the streams or, if necessary, build bridges across them.

Only streams identified as such by the Department of Environmental Conservation would be subject to the new regulations, said Wick.

According to Mark Migliore of the DEC, the Lake George Park Commission’s proposed stream corridor regulations are “much more protective  than the DEC rules that now apply to streams throughout the state, since the DEC rules protect the stream bed and stream banks, but not the buffer zones.”

The Lake George Park Commission’s updated stormwater management regulations have been under review by other state agencies since 2018, said Wick.

“The DEC and the APA had some issues with the proposed changes, so for the past six months, we’ve had productive conversations with those agencies. I’m happy to report that both  now fully support our proposals,” said Wick.

“We propose that property owners not only address stormwater from new construction and development, but do their best to address storm water throughout the developed portion of the property. We see this as a good way to capture the largest remaining source of harm to the water quality of Lake George: stormwater runoff from pre-existing developed lands,” said Wick.

Whether its runoff from lawns, streambanks or rooftops and driveways, stormwater is a major source of pollution, Wick told the Commissioners.

The Lake George Park Commission’s stormwater regulations, whether administered by the Commission or adapted by the municipalities to suit local conditions, are intended to prevent the pollutants generated by driveways, parking lots, construction sites or buildings from entering Lake George or its tributaries.

Last updated in 1998, the regulations are now twenty years old and required review and in some cases revision, said Wick.

The proposed regulations also establish a lakewide ban on the use of fertilizers within fifty feet of shore.

Once adopted, the ban would extend rules currently in place in the towns of Lake George and Queensbury to all municipalities within the watershed, creating the uniform, basin-wide regulations favored by neighborhood organizations such as the Lake Stewardship Group of Cleverdale and Rockhurst. (In 2012, the group presented the Commissioners with a petition signed by 500 residents asking for lake-wide fertilizer regulations.)

The proposal has the support of the Town of Bolton, said Supervisor Ron Conover promises.

“This has the support of the Town Board, as it has over the years. It’s something that needs to be done. We didn’t enact a similar regulation ourselves because we were looking for the Lake George Park Commission to step up and establish a basin-wide regulation,” said Conover.