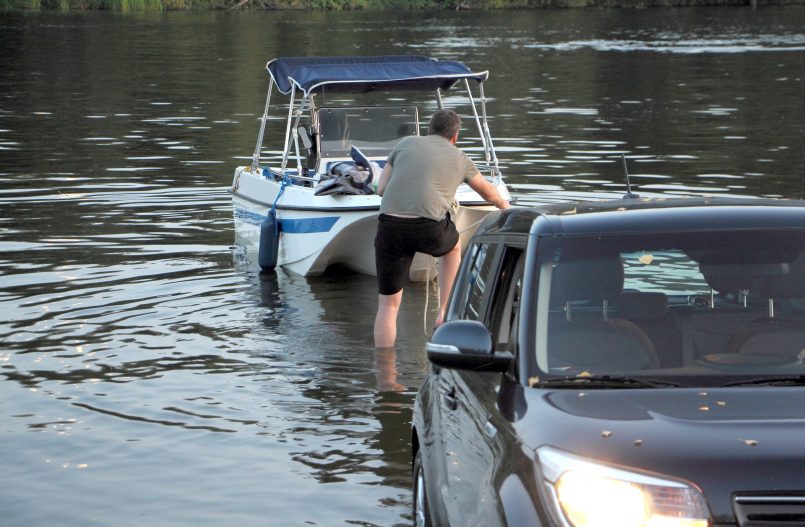 Boaters are now permitted to launch from state-operated ramps on Lake George.
By Anthony F. Hall

Reversing a policy that was no more than four days old, New York officials announced on April 19 that recreational boaters are now permitted to launch from state-operated ramps on Lake George.

On April 19, the state’s Department of Environmental Conservation announced, “access to boat launches is now allowed if strict adherence to federal and state guidelines for preventing the spread of COVID-19 is followed.”

Four days earlier, on April 15, New York State issued this order: “the use of all state-owned boat launches is temporarily suspended for recreational boaters to limit the community spread of COVID-19.”

Within a few days of that announcement, however, state officials began loosening restrictions on recreational facilities such as golf courses and private marinas.

On April 18, in coordination with neighboring states, New York officials announced that marinas, boatyards and marine manufacturers would be allowed to re-open for most purposes.

It was not clear from that statement if public boat launches were included in the multi-state policy.

Despite, or because of, that ambiguity, boaters began arriving at DEC’s ramp at Million Dollar Beach in Lake George, anxious to launch.

According to Warren County officials, New York State employees working at the site denied having any knowledge of the state’s days-old command closing public launches.

By then, officials were was under pressure from upstate legislators and local governments to open boat launches.

New York State Assembly Minority Leader Will Barclay, for instance, appealed to economic development officials, stating, “boat launches can and should be enjoyed responsibly… blocking New Yorkers from using their vessels trades off a small physical health precaution with the substantial benefits of this much-needed outdoor recreation.”

“Clearly, boating is a healthy recreational activity and a significant part of our economy, so supporting boaters and anglers is very important to the LGA,” said Lender.

Eric Siy, the executive director of The Fund for Lake George, said he could not support the decision to open the launches in the absence of inspectors checking boats for invasive species.

“Any risk that new invasives might get into Lake George is a risk too great to take,” said Siy.

As of April 20, the Lake George Park Commission’s plans to postpone the start of its mandatory boat inspection program until June 1 are still in place, though the Commission may revisit that decision at its April 28 meeting, executive director Dave Wick said.

“The April 6 decision to delay the implementation of the mandatory boat inspection program by one month was based on concerns regarding the COVID‐19 pandemic, and the need to protect the health and safety of the Commission’s boat inspection staff and the boating public. We still have those concerns,” said Dave Wick.

According to Lake George Park Commission Chairman Bruce Young, the agency weighed the risks of opening the lake to invasive species when making its decision to postpone the start of the inspection program for thirty days.

“An analysis of launch data from the past six years of the mandatory inspection program showed a lower risk for invasives introductions in the month of May compared with the summer months. Only 4% of annual decontaminations occur in May, and most boats are being launched for the first time of the season,” said Young.

But Lake George is at greater risk than normal because of COVID-19, said Eric Siy.

“We’re seeing boats from places outside the region coming to Lake George earlier than in the past,” he said. “People are out of work, kids are out of school, and people want to go boating.”

Siy said he supported the resumption of boat inspections and decontaminations on May 1, the date when inspections usually start.

The LGA’s Walt Lender stated, “We know that the Lake George Park Commission staff and commissioners will make the best, most protective decision for the Lake, and we, of course, will wholeheartedly support any decision to begin the Mandatory Boat Inspection Program earlier than June 1.”