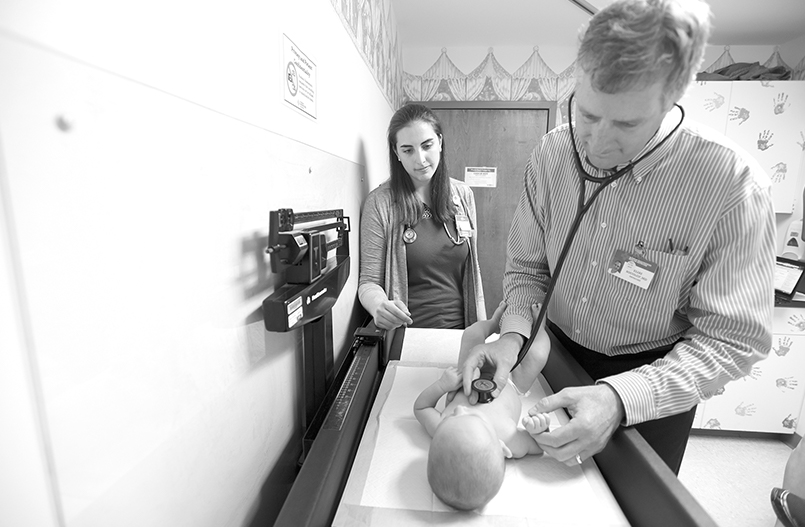 According to Hudson Headwaters Health Network, a federal program that enables the Queensbury-based network to hire foreign-born graduates of U.S. medical schools to work at its health centers will expand, helping to remedy the lack of physicians in the Adirondacks.
By Anthony F. Hall

According to Philpott-Jones, a federal program that enables the Queensbury-based network to hire foreign-born graduates of U.S. medical schools to work at its health centers will expand, helping to remedy the lack of physicians in the Adirondacks.

The Northern Border Regional Commission, whose broad focus is economic development, has agreed to sponsor a visa waiver program for physicians willing to work for at least three years in the rural, under-served areas of New York, Vermont, New Hampshire and Maine, said Philpott-Jones.

“Current federal law allows every state the authority to issue a limited number of waivers to medical school graduates willing to practice in under-served areas who would otherwise be required to return to their home countries for at least two years,” said Philpott-Jones. “While helpful, that policy puts Hudson Headwaters in the position of competing with health care organizations located in other parts of the state.”

“An added benefit to Hudson Headwaters is that most of the health care organizations within the designated Northern Border areas are collaborators of ours,” said Philpott-Jones.

According to Grogan, that “information gathering process” included meetings with health care providers, elected and appointed officials, representatives of other federal and state agencies as well as with leaders of educational institutions.

“The feedback we received indicates broad support for the Commission to join other partners in collaborative efforts to address the region’s shortage of nurses and qualified physicians,” he stated.

The Northern Border Regional Commission will shortly begin “carrying out the steps needed for the Commission to formally stand-up a J-1 visa program,” Grogan stated.

“Our rural communities face enough unique challenges,” said Stefanik. “Through the implementation of this program, more healthcare professionals will be able to work in medically underserved areas in New York’s 21st District.”

Legislation currently before the U.S. House of Representatives and Senate would reauthorize visa waivers for foreign-born graduates of U.S. medical schools for another three years and increase the number of waivers available annually to the fifty states.