Village to Vote on Dissolution September 13 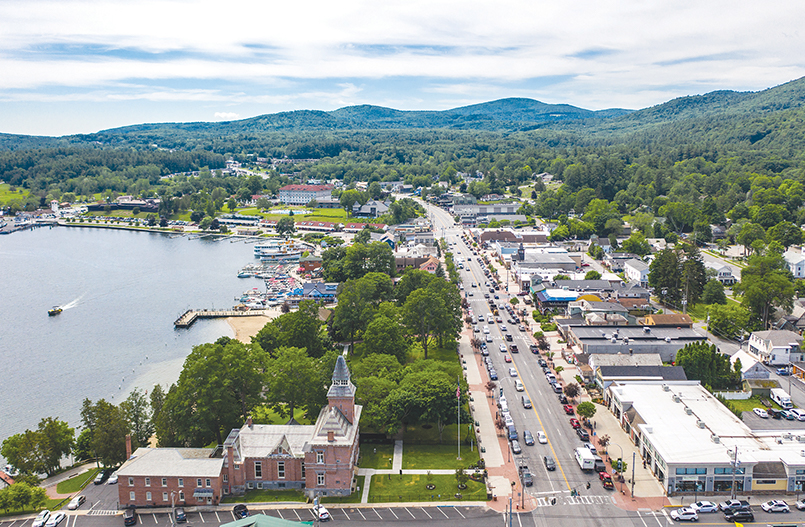 Lake George Village will hold a referendum on its future on September 13, when voters will decide whether to preserve the 125-year-old municipality intact or allow its assets to be absorbed by the Town of Lake George and dissolve.

The vote will be held from noon to 9 pm in the Town Hall, Mayor Bob Blais has announced.

Prior to the vote, the Village and Town Boards will hold one more joint public information meeting.

The meeting, at which consultants from the Albany-based firm LaBerge Group will present the findings they documented in their “Interim Study of Dissolution,” will be held in the Lake George High School auditorium at 6 pm on Monday, September 12.

Only Lake George Village residents currently registered to vote – of which there are 667 – are eligible to participate in the referendum.

According to LaBerge Associates consultant Ben Snyden, “very few efficiencies” will be achieved by dissolving Lake George Village and merging its remaining assets with the Town’s.

Because of existing agreements between the Town and Village to apportion the provision of services between the two, “the efficiencies are already there,” he said.

Since 2010, 18 villages in New York State have voted to dissolve, incentivized by the Citizens Empowerment Tax Credit (CETC), which grants villages 15 percent of the combined town and village tax levy up to $1 million dollars in state funds into perpetuity.

According to the current levy, Lake George would receive roughly $500,000 every year, but 70% of that sum would be required to reduce the property taxes of every residential and commercial property within both the former Village and Town of Lake George – diluting its value considerably.

The “Interim Study” did conclude that people owning property within the current bounds of Lake George Village could see their taxes drop by as much as 33.9% if certain fiscal assumptions are used.

That finding, however, was countered by a resolution adopted by the Village’s Board of Trustees on August 15 cutting property owners’ tax bills by at least 35% every year.

According to Mayor Blais, property taxes would be offset in the 2022-23 budget by a $3 million fund derived from parking revenues.

Blais said the funds were put aside two years ago to cover unexpected costs associated with the construction of the Wastewater Treatment Plant.

“Our size of our grants exceeded expectation by over $5.4M, the plant has been completed on budget and we have covered the additional maintenance in our 2022-2023 budget,” he stated.

That same source of funds would offset property taxes in the future, he said.

“A legitimate question that I’ve been asked several times since the Village Board adopted the resolution on August 15 is, why has this never been proposed before?” Blais said at an August 22 public meeting on the dissolution referendum.

“My response would be, ‘we never had this money in the past,”” he said.

In 2021, Lake George Village doubled the costs of parking in its lots and on its streets from $1 to $2 per hour.

(As of mid-summer, parking revenues are $75,499 higher than they were last year at this time, Blais told the Board at its August 15 meeting.

“This money is put aside in a separate account to be used for a rainy day, and that rainy day has arrived,” said Blais.

The resolution adopted August 15 also commits Lake George Village to studying the relative advantages of municipal consolidation and other means of achieving efficiencies.

“Our charge was to develop an ‘Interim Dissolution Plan,’ which we did, but the resolution adopted by the Village Board provides a similar tax savings and a commitment to enter into an agreement with the Town to continue studying consolidation and annexation,” said Ben Snyden. “That resolution gives Village residents more information to assist them with their decision-making. They have been given the right to choose to dissolve or remain a village.”

Should the September 13 referendum pass, the Boards of the Village and Town will have 180 days to create a final dissolution plan, which would specify how employees’ positions would be treated, how assets such as buildings and equipment would be disposed of, how residents would receive water, sewer and fire protection services and how those services would be funded.

Once the boards approve that plan, there is no guarantee that residents of either the Village or the Town can alter the result, Snyden told Village and Town residents at a June 27 meeting.

“That makes the Village residents’ vote on September 13 even more important,” said Snyden.

“It’s not easy to shut down a village,” said Snyden.

“There are so many things managed from a Village Hall, from parking meters and water bills to a hundred years of documents. You don’t just turn off the lights, leave the keys and say ‘it’s your problem now.’”