The Adirondacks’ Other Epidemic: Opioid Addiction 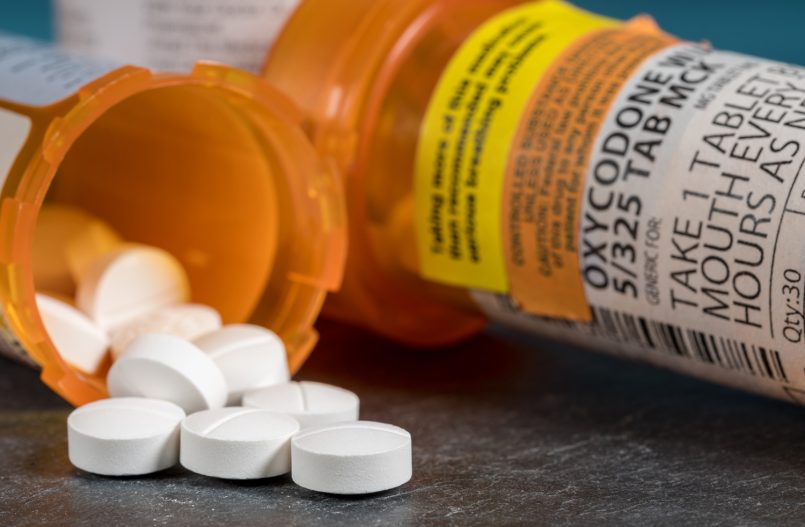 In 2018 (the last full year for which statistics are available),  521 Warren County residents entered facilities to be treated for addiction to heroin and pain medications.

Within that same year, Warren County documented 10 deaths, 40 trips to Emergency Rooms and fifteen hospitalizations,  all from the use and abuse of opioids.

In Washington County, whose population is slightly smaller, the New York State Department of Health recorded roughly the same number of cases for 2018

In Essex County that year, 312 people were admitted to treatment facilities.

Within the last six months, the American Medical Association reports, more than 30 states have recorded surges in substance misuse and overdoses, which it attributes to COVID-19 and its economic and social repercussions.

As New York State’s statistics indicate, the abuse of opioids is not confined to urban areas.

Dr. Ephraim Back, a Hudson Headwaters Health Network physician practicing in Ticonderoga,  whose expertise includes opioid addiction and treatment, said, “this is often viewed as a big city problem. It’s not.”

“Addiction, and the resulting suffering to individuals and families, affects all regions of the State,” said Bob Ross, CEO of St. Joseph’s Addiction Treatment and Recovery Centers.

Within the Adirondack Park and its surrounding areas, opioid abuse  is now “a serious public health problem,” states the Hudson Headwaters Health Network, which operates community health centers from Glens Falls to the Canadian border.

“Multiple members of the same family are often affected,” said Dr. Back. “For example, I’m currently  treating three generations of one family for addiction.”

Patients under treatment for addiction also tend to suffer from systemic problems and chronic conditions, said Dr. Back.

“A high percentage of these patients also struggle with mental health disorders, specifically, depression and anxiety,” said Back. “We try to identify these and initiate treatment for them as well.”

Because the hypodemic needles used to inject the drugs are rarely sterilized, the incidence of hepatis C among patients being treated for opioid addiction is high, said Back.

“We’ve found that a third have hepatitis C, which can now be cured with medication. We routinely screen our patients for hepatis C, hepatitis B, STDs and HIV,” said Back.

Rural areas such as the Adirondacks and the North Country suffer from a deficit in qualified addiction professionals, many experts say.

Back, for instance, is among the few health care providers in the area certified to treat patients with the drug buprenorphine, which is said to be highly effective in stopping the cravings and blocking the withdrawal symptoms commonly experienced by people suffering from opioid use disorders.

Medical treatment, while in most cases necessary, may not be sufficient.

“The best outcomes usually require both  medical therapy and counseling or behavioral therapy,” said Back.

“Our response to the problem  has to include well-trained, behavioral caregivers who understand the many facets of this complex illness,”  said Dr. Rob Demuro, the medical director for primary care at Elizabethtown Community Hospital and its Ticonderoga campus.

That’s true in the North Country no less than in other rural parts of the state and nation, says Bob Ross of St. Joseph’s Addiction Treatment and Recovery Centers.

“We refer patients to St Joseph’s or to local mental facilities for the counseling,” said Back.

“In ideal circumstances, you’ve got somebody in the actual health center to direct the patient to for ongoing behavioral work,” said Back. “We are now actively recruiting social workers.”

Back said the recruiting process has been “challenging.”

Within a few years, though, the process of recruiting trained counselors may become less challenging in Ticonderoga and other sections of the Adirondacks.

SUNY Empire State College, for instance, recently announced that it has created a program that will award Bachelors Degrees in Addiction studies.

“This first-of-its-kind program will combat the devastating effects of the opioid crisis on communities across New York state,” the state university system’s on-line extension school stated in press release.

Students at enrolled at North Community College’s campus in Ticonderoga  studying for Associate’s degrees in Chemical Dependency Counseling, Human Services and Child Family Services may apply those credits to the BA in Addiction Studies from Empire State, graduating within a year.

“The continued educational support for individuals wanting to help us in the field of opioid use disorder is greatly appreciated,” said Dr. Demuro.

“The program is definitely a step in the right direction,” said Dr. Back. “Opioid Use Disorder is one of the leading causes of death among young people. It’s a chronic disease with significant consequences that can extend across a lifetime. So it’s absolutely crucial that we work together as a community to try to address the problem. And so the more resources that we bring to bear on the problem, the better.”

The causes and consequences of drug addiction are complex, said Dr. Back.

“Exposure is one component. There’s probably a genetic component as well.It  has so many different elements to it. But many people, many families, have  have been touched by it. It’s all around us. And the more people we can involve in treating the problem, the more likely our chances of getting on top of it,” said Back.