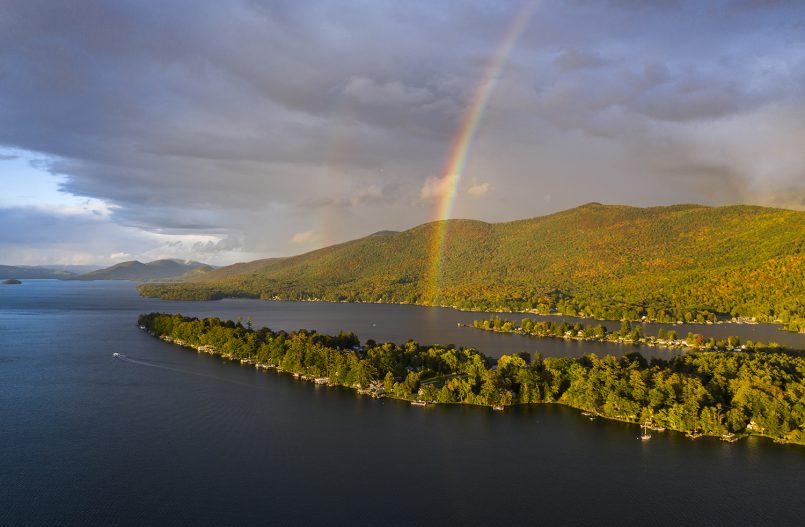 Homeowners within 250 feet of Lake George in Warren, Essex and Washington Counties could be eligible for New York State funds to replace aging or failing septic systems.

The state’s Septic System Replacement Program recently received $15 million in new funds to protect a greater number of rivers, reservoirs and lakes, Lake George among them.

“The Replacement Program is incentivizing New Yorkers living in sensitive watersheds to upgrade failing septic systems,” said Department of Environmental Conservation Commissioner Basil Seggos. “The new infusion of funds will ramp up a partnership program with participating counties, facilitating the improvement of water quality in hundreds of communities across the state.”

According to LaMothe, qualified homeowners will be reimbursed as much as $10,000 for the cost of replacing their septic systems.

Of the $15 million in new funds for septic system improvements, Warren County has been allocated $340,000 for Lake George residents, LaMothe said.

Owners of second homes are among those eligible for reimbusements, said Lake George Waterkeeper Chris Navitsky.

With existing, new or proposed laws requiring on-site septic systems to be inspected and in compliance with state and local standards before a property is sold or otherwise conveyed, the release of new funds is timely, said LaMothe.

Officials will seek to determine if residents with septic systems within 250 feet of Lake George’s major tributaries are also eligible for reimbursements, LaMothe and Navitsky said.

At that meeting, the Supervisors recommended that Warren County dedicate $10,000 per year for five years to manage the program.

“This represents our county’s investment in our lake and in water quality,” said Warren County Supervisor Michael Wild. “It would be hard to defend any kind of vote in denial of this.”

Navitsky said he stood by that study. The connection between water quality and aging and failing systems is clear, he said.

“Nutrients, especially phosphorus, from leaky septic systems play a major role in causing excessive algae growth in lakes and ponds. We know we have antiquated systems too close to surface water, and as a result, we’re seeing increased nutrient loading and increased algal growth,” said Navitsky.

Queensbury Supervisor John Strough noted that The Fund for Lake George has allocated tens of thousands of dollars to assist homowners in the Dunhams Bay wastewater management district replace their aging systems.

The Fund has also signed a Memorandum of Understanding signed in August, 2019, by the Lake George Town Board  and The Fund for Lake George, residents who agree to have their septic systems inspected and maintained will be eligible for grants to have them modernized and improved.

The Fund for Lake George has also launched a partnership with the Glens Falls National Bank and the Adirondack Trust Company two local banks to to provide low and in some cases no interest loans to homeowners looking to replace their on-site wastewater treatment systems.

Michael Wild, who is a member of the Warren and Washington Development Agency, said that group is considering offering tax relief to resorts willing to upgrade their systems.

Navitsky said interest in the banks’s offers to assist residents replace septic systems have been light to date, a  response he attributed to COVID-19.