LGA and Fund to Merge into One “Preeminent Lake Protector” 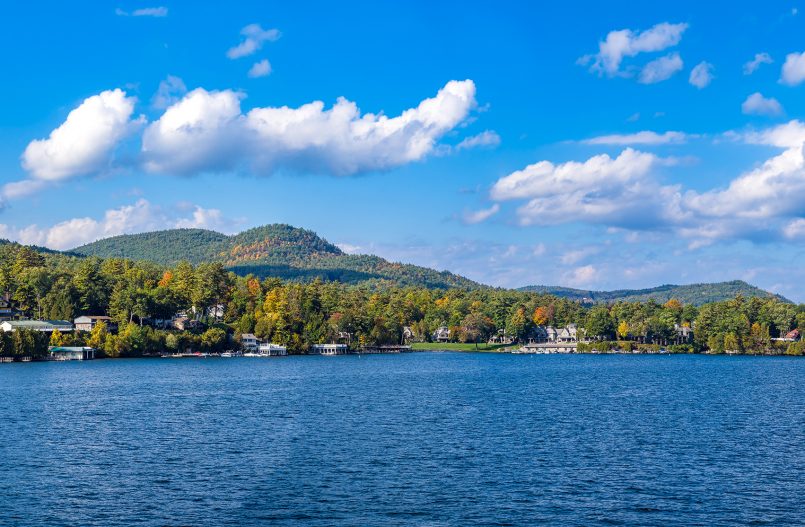 The “new LGA,” a merger of the Lake George Association and The Fund for Lake George, will work to maintain Lake George’s water quality in the face of mounting pressures from commercial and residential development. Lake George Mirror file photo.
By Anthony F. Hall

The Lake George Association and The Fund for Lake George will merge, becoming the single largest, best-financed lake protection and advocacy organization in the United States.

The boards of the two not-for-profit groups were scheduled to meet on Tuesday, March 9 to ratify the merger.

“This is a merger of equals,” said Jeff Killeen, the chairman of The Fund’s Board of Trustees.

Killeen will chair the new organization, which will operate and raise funds under the name “Lake George Association.”

Before the two groups divided and became separate, sometimes competing, organizations in 1980, The Fund for Lake George was the fundraising arm of the LGA, the nation’s oldest lake protection group.

Peter Menzies, the current president of the LGA, will become the unified organization’s vice-chairman.

The new organization will have an annual operating budget of approximately $4 million and an endowment valued in excess of $13 million.

“Our combined resources will have a profound impact on the lake’s health and future viability,” said Peter Menzies.

“From the LGA’s perspective, it is both exciting and reassuring to know that the nation’s oldest lake protection organization will not only endure but grow stronger, continuing to serve as a steward for Lake George, just as it has since 1885.”

The new organization will address the problems confronting the lake as the best science dictates, the two leaders said in an interview with the Lake George Mirror last week.

“Both organizations have science in their DNA,” said Jeff Killeen. “The LGA has a legacy of education and citizen science and The Fund has the Waterkeeper and the Jefferson Project. With our combined assets and a single focus, we can deploy that science with greater efficiency and on a larger scale.”

All threats are compounded by the effects of a changing climate, they said.

“Independently, both organizations have been focusing on the lake’s core stressors: stormwater; wastewater; harmful algal blooms; the merger will allow us to invest more resources in the management of that portfolio,” said Killeen.

Committees from the two organizations have been discussing the potential for cooperative strategies and even an eventual merger for months, if not years.

The Harmful Algal Blooms (HAB) discovered in Lake George in early November – the first confirmed outbreak here ever and the first reported sighting in decades –galvanized the groups’ conversations and made the necessity for a united effort appear even more pressing, Killeen and Menzies said.

“That crystallized, for me, the logic of not only of acting together, but acting as one organization,” said Menzies. “That event also made it abundantly clear that any competition between the two groups was a wasteful expense of resources, given the threats we face.”

Jeff Killeen said, “because we operate independently, there’s been some confusion in the minds of some donors over who’s responsible for what. Donors are reluctant to be as generous as they might be if they see a duplication of efforts, or competition among groups. So we believe the merger of the two groups will release financial contributions from throughout the Lake George basin.”

Over the next several months, the new, unified LGA will develop a fundraising strategy, said Killeen.

“With one message and one voice, we will reach out to donors and say, ‘this is all about the lake. No other place has this constellation of assets, and we’re going to put them to work for you,’” said Killeen.

The new organization will be led by directors selected from the current members of the boards of the LGA and The FUND.

Its mission will be simple: “to protect the water quality of Lake George. That will drive every decision,” said Peter Menzies.

“When we have any decision to make, it will be decided in the interest of the lake’s water quality. That’s our default position,” said Killeen.

The executive directors of the two organizations, Eric Siy and Walt Lender, have been working together over the past several months to create an effective, integrated organization, said Menzies.

“We’ll bring to the new organization our key assets, our educational programs, our advocacy work and our on-the-ground, stormwater management projects. The staffs of the two organizations will be integrated,” said Menzies.

For the time being, both organization’s offices will be retained.

Both executive directors submitted statements on the merger.

“The science-guided commitment of this bold new organization is powerful enough to take on the increasingly complex threats to our Lake,” said The Fund’s Eric Siy. “Together, we will harness our world-class scientific and programmatic expertise to not only succeed in safeguarding Lake George, but to serve as a much-needed model for the protection of freshwater everywhere.”

“This is a historic moment for Lake George, for everyone who lives and works on the Lake, and for everyone who flocks to its shores for recreation and relaxation,” said the LGA’s Walt Lender. “Lake George is better protected with the Lake George Association and The Fund together. In doing so, we uphold and carry forward a proud legacy of lake protection.

For the merger to take effect, the LGA’s members must vote in favor of it. The members will receive an informational packet about the proposed merger, via U.S. Mail and/or email. It must also receive the approval of New York State’s Attorney General.