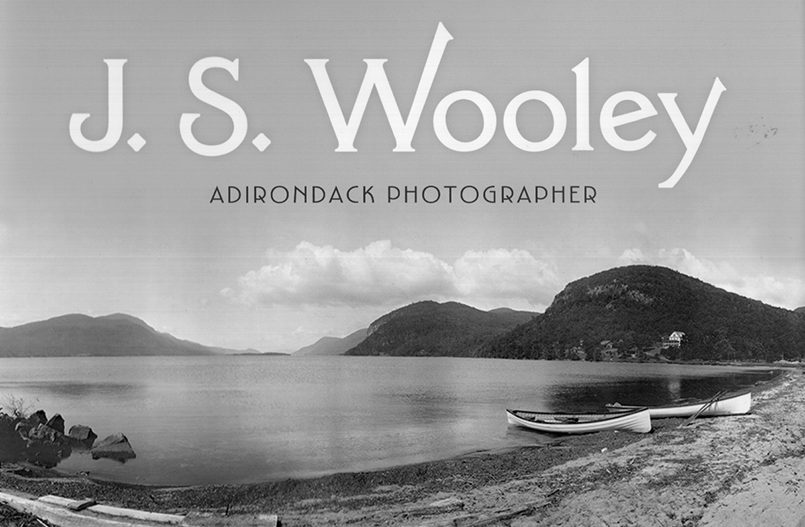 Though by far the best known, Seneca Ray Stoddard is not the only commercial photographer to have aimed his lens at Lake George. In fact, two of them, Jule Thatcher (1856-1934) and J.S. Wooley (1867-1943) were employees and students of Stoddard. And the work of both will be included in exhibitions at local museums this summer.

The Bolton Historical Museum will present the work of Jule Thatcher and his son and successor, Fred Thatcher (1881-1969). The Hyde Collection will mount and exhibition devoted to J.S. Wooley.

The Hyde’s “J.S. Wooley, Adirondack Photographer” will be on view from June 20 to September 13.

Curated by Caroline Welsh and Richard Timberlake, the show is based on the 2018 book of the same name, which they wrote with environmental historian Phil Terrie.  The images are drawn from the collections of Bolton resident Matt Finley.

Viewed as a single archive, the Thatchers’ photos document the changing social life on Lake George.

In 2017-18, the Bolton Historical Museum presented “Along the Shore: Boats and Boating on Lake George, 1880-1920,” which used the photographs of Jule Thatcher to help recount the era of steam launches, paddling and sailing canoes and Lake George’s own distinctive versions of the ubiquitous rowing boat.

This year’s “The Thatchers: Photographing Lake George 1880-1950,” is, of course, broader in scope. For 75 years, from stagecoaches to seaplanes, from steam launches to speedboats, the Thatchers photographed life on Lake George.

So, while this show includes boats and boating after the 1920s, capturing the rise of gasoline-powered speedboats and Gold Cup racers, the exhibition also features

Fred Thatcher’s picture post cards and his shots of frolicking tourists, visiting celebrities and sporting events,  as well as  examples of Jule Thatcher’s photographs of lakeside mansions and grand hotels.

Born in Ticonderoga, Jule Thatcher took his first photographs at the age of 11 (at about the same time that Mathew Brady was photographing Abraham Lincoln). Until 1874, he worked in a shop in Lake George that made tintypes; that year, he opened his own studio in Bolton Landing, in the Kenesaw Hotel on Main Street. He later opened a studio on the Sagamore Road, near the shop of F.R. Smith, the wood boat builder, and the bridge to Green Island and the Sagamore hotel.

There, he used the shoreline near his business as an outdoor studio. Using natural light rather than magnesium flash, Thatcher created portraits of Lake George visitors that were more realistic than he could have made in the studio, where he would have had to rely on props and backcloths.

Post cards were not yet common, but these photographs could serve a similar purpose: a souvenir of a visit to Lake George.

J.S. Wooley considered himself an artist, but he was also an entrepreneur, seizing opportunities to take advantage of emerging trends in the photography business.

Among those trends was the appetite for post cards, which were introduced to the public in the first decade of the 20th century.

Among the thousands of photos Wooley took, hundreds were repurposed as post cards. Many of these were taken at Silver Bay, where Wooley was the official photographer from 1908 to 1923.

No doubt, the groups that used the campus as a conference center were good customers, as were guests who wanted postcards of regattas, special events and Silver Bay scenes.

Fred Thatcher, whose studio was turned into the Sky Harbor restaurant at the corner of Beach Road and Canada Street in Lake George Village, was also a pioneering post card photographer, creating thousands of images of the lake, of boats and regattas to be sold to the tourists who came to Lake George in the wake of the wealthy cottagers.

Some are of historical significance, like the photos of the Roosevelts or the one of Jack Dempsey. Others, the photographs of the fires at the Fort William Henry, and at Hall’s Boat Corp., among them, document events of local significance.

The Bolton Historical Museum’s Thatcher Collection was donated to the museum by the grandchildren of Fred Thatcher.