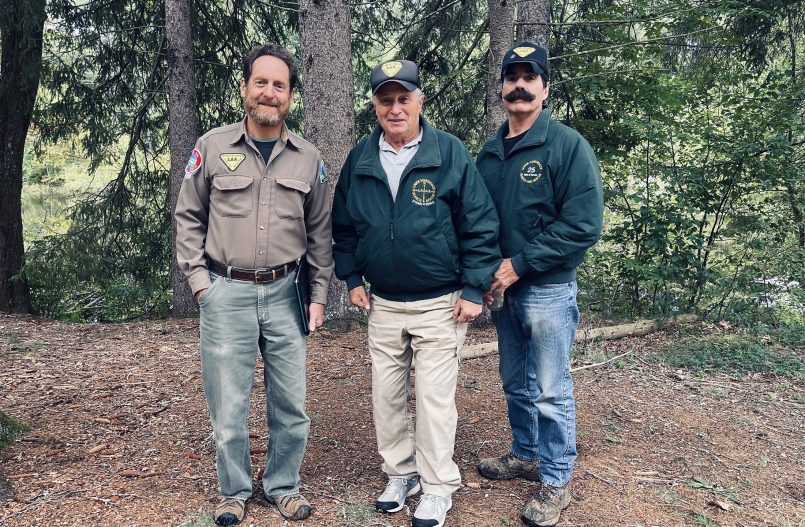 Many hike and hunt in the Adirondacks. Only a few volunteer their time and skills to search for those who lose their way in the 6 million acre park.

When a hunter from Tupper Lake went missing in St. Lawrence County in November, members of Adirondack Mountain Rescue were among the hundreds who assisted the DEC forest rangers, Environmental Conservation Police Officers and New York State Police troopers search for the 65 year-old man, who had died of a heart attack.

More than thirty years ago, a similar group was founded in Warrensburg: Lower Adirondack Search and Rescue.

A belief that Clarke’s life might have been saved had there been more people searching for him led to the establishment of Lower Adirondack Search and Rescue.

The group now consists of roughly 65 active members and conducts any number of searches every year, said its current president, Jim Schadd.

Schadd joined the group in 1993, already an experienced hiker.

“I was doing a lot of solo hiking and it occurred to me that if I was lost or injured, I’d want someone looking for me. So I thought it LASR was something that deserved my support,” said Schadd, a resident of Ballston Spa.

Joe “Coach” Iuliano of South Glens Falls has also been a members of LSAR for more than 25 years.

“I was in a gun shop, buying some things for hunting season when one of the group’s charter members aproached me and said they were looking for people who were good in the woods and asked if I might be interested in joining them. It trurned out to be my cup of tea,” said Iuliano.

Iuliano said the group’s capacities have expanded as its membership has diversified to include people with special skills.

Among those bringing special skills to the organization is Paul Terpening, a military veteran from Bolton Landing with experience teaching survival techniques to air force crews.

“I was able to create some training programs for our teams, from managing an air crash site where there might be hazardous materials and munitions or  injured crews, to surviving below-freezing winter nights in the woods,” said Terpening.

Terpening  also created an educational program called  “Hug-A-Tree and Survive” to teach children how to avoid getting lost in the woods and what do should get lost.

It is now presented regularly to summer camps, after-school programs and scout troops.

According to Schadd  Lower Adirondack Search and Rescue mobilizes its teams only after the Department of Environmental Conservation requests assistance.

“In most cases, the Forest Rangers don’t need our help; hikers can usually reach a 911 call center and their locations can be identified and they can be helped back to a trailhead,”  said Schadd. “But in other cases,  where a hunter may become disoriented or suffer an injury, or when a person suffering from depression or dementia wanders off, that’s when grid searches will be necessary and DEC may request the assistance of our teams.”