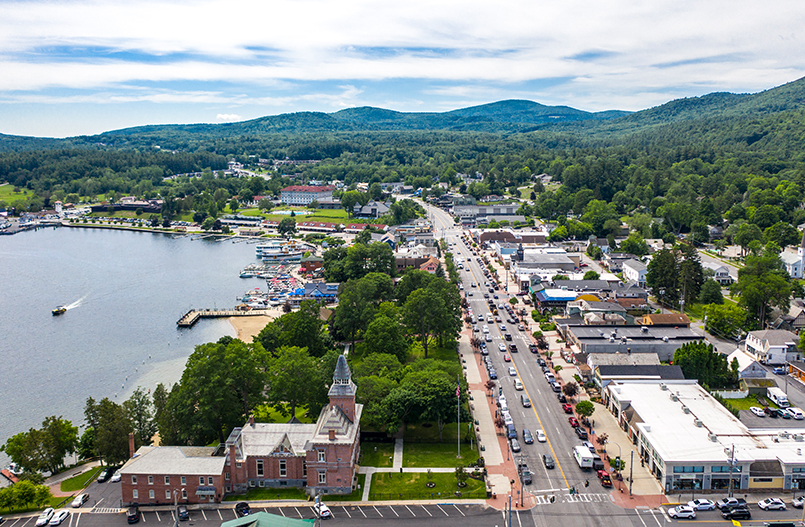 Lake George Village will not be dissolved so much as disassembled if a September 13 referendum passes, a consultant told Village and Town residents at a public meeting on June 27 meeting.

And while it took nearly 125 years for the Village to evolve into its current state, dismantling it must happen in relatively short order, Ben Snyden of the Albany-based LaBerge Group told the residents.

“The timeline in a voter-initiated process is set forth in New York State law and it locks you into a compressed time frame, one that seems especially short in the summer season with its events and activities,” said Snyden.

A petition calling for a referendum to dissolve Lake George Village was presented by Doug Frost, a business owner and a former municipal employee, to Village Clerk Debra McKinney on May 12. On May 25, McKinney established that the petition had the requisite number of valid signatures, triggering the referendum.

State law required the Village to set a date for the vote within 30 days of McKinney’s verification of the petition’s validity and to hold the vote within 90 days of her determination, which in the case of Lake George Village meant mid-September.

Should the September 13 referendum pass, the Boards of the Village and Town will have 180 days to create a final dissolution plan, which would specify how employees’ positions would be treated, how assets such as buildings and equipment would be disposed of, how residents would receive water, sewer and fire protection services and how those services would be funded.

Once the boards approve that plan, there is no guarantee that residents of either the Village or the Town can alter the result, Snyden said.

“That makes your decision on September 13 even more important,” said Snyden.

“It’s not easy to shut down a village,” said Snyden.

“There are so many things managed from a Village Hall, from parking meters and water bills to a hundred years of documents. You don’t just turn off the lights, leave the keys and say ‘it’s your problem now.’”

According to Mayor Blais, the LaBerge Group has been retained to draft “an Interim Dissolution Study” which will lay out potential consequences of dissolution for Village residents’ taxes and services.

The Village Board of Trustees appointed a committee of citizens to work in advance of the vote with the LaBerge Group.

According to Mayor Blais, the committee has begun to identify the issues that are most likely to surface at the public meetings and assist the consultant to gather the data needed to answer any questions residents may have.

“It’s a committee of fair, open-minded people, which is also representative of the community,” said Blais. “It’s composed of people with a solid knowledge of the Village and the Town.”

Dan Barusch, the Planning Director for both the Town and the Village, serves as project manager.

The vote on Tuesday, September 13 will be held from noon to 9pm in the Town Hall, Blais said.

Prior to the vote, the Village will hold public informational meetings to discuss the LaBerge Group’s findings, which will also be available online via a link from the Village of Lake George’s website.