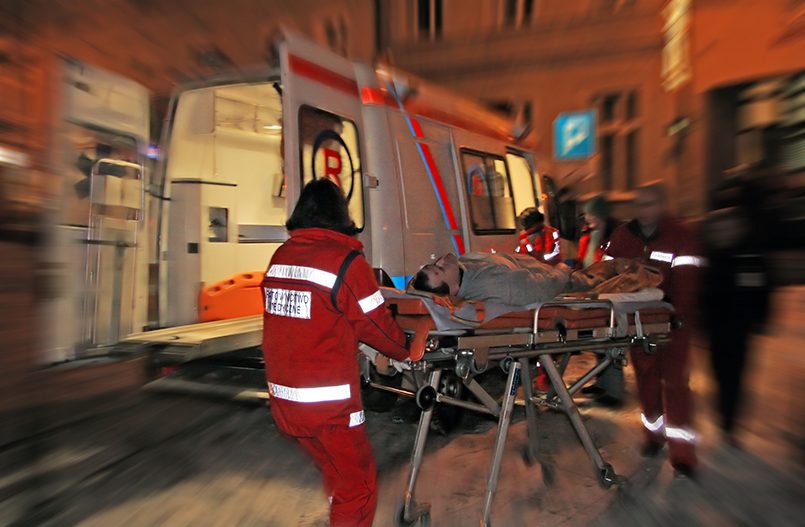 Like many if not most small towns in the Adirondacks, Bolton faces a future without a volunteer-based Emergency Medical Services organization.

The ranks of volunteers are aging and thinning. To compensate for its lack of volunteers, Bolton’s EMS agency, a not-for-profit organization, hires professional paramedics and technicians.  That, however, is not necessarily a permanent solution. Increasing paid staff could break a budget already constrained by rising costs.

But without a local rescue squad – whether volunteer or paid – residents and visitors will be forced to rely upon privately-owned ambulance fleets based outside the area.

“If we weren’t here, the town would lose a vital and necessary service,” says Earl Mikoloski. “The nearest available ambulance might be forty-five minutes away.”

Mikoloski and Holly Merek, both of whom are long-time volunteers and squad officers, say one solution to the looming crisis is to be found in city government, where trained technicians and paramedics are full-time municipal employees, paid equitable salaries and eligible for health insurance and pensions.

“Ultimately, we need to make the EMS a department within Bolton’s town government,” said Mikoloski. “That would put us in a better position to attract the best personnel.”

“We need to come up with a clear plan for a viable, sustainable future,” said Merek. “Where we need to be in five years is becoming clearer to us.”

Neither Mikoloski nor Merek have calculated the costs of a new municipal department of emergency medical services to Bolton’s taxpayers. But in all likelihood, those costs would be far in excess of $250,000 per year. That’s the sum allocated by town government this year, an appropriation comprising more than half the agency’s $430,000 budget.

That appropriation is in itself potentially controversial, which is why Mikoloski appeared before the Bolton Town Board in December to explain why the agency solicits donations from residents while, at the same time, receiving annual support from the town’s government.

“Our budget’s biggest driver is, by far, payroll for four paramedics and seven Emergency Medical Technicians; in 2020, those costs are roughly $330,000,” Mikoloski told the board.

Within the past decade, the ranks of volunteers have shrunk from 25 to ten, “only eight of which are active,” said Mikoloski.

Without volunteers, a professional staff is the only alternative available to the community if it wishes to maintain round-the-clock ambulance service, said Mikoloski.

With his town confronting challenges similar to Bolton’s, Lake George councilman Vinnie Crocitto said a similar approach should be considered.

“We may need to create a town department so the EMS personnel are employees of the town and can have job benefits,” said Crocitto.

A department within a town government is not, however, the only way to maintain emergency medical services, said Bolton Supervisor Ron Conover.

Conover concedes that the trend in rural areas is toward EMS squads composed entirely of paid, professional paramedics, “if not today, then at some point in the future.”

But, he added, “there are many different models for the provision of these services.”

The Warren County Board of Supervisors, for instance, continues to study the feasibility of establishing an intra-county district composed of northern Warren County communities, which could finance and operate an inter-municipal EMS agency.

A committee chaired by Warrensburg Supervisor Kevin Geraghty on which Conover, Dennis Dickinson, Craig Legget and Matt Simpson serve is expected to issue a report before the end of the year, said Conover.

The move toward paid professional costs will require not only new revenue streams but shifts in local attitudes, said Holly Merek.

“The attitude of previous generations was, ‘we are volunteers, we do this for our town, it would be a sign of failure to ask for aid.’ So hiring paramedics has been a bitter pill for some of our senior members to swallow,” said Merek.

Nevertheless, a realistic assessment of current and future trends entails “making the transition to paid staff, seeing where we need to go and developing a plan to get us there,” she said.