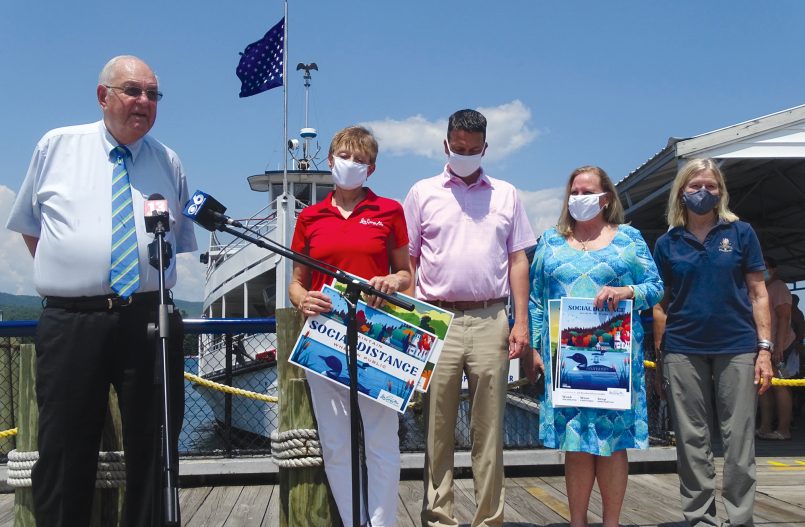 Vacationers may return to Lake George this summer. Whether or not there are any workers here to serve them is the question.

The federal government, via an executive order issued by the president, has suspended the granting of H-2B visas for low-skill jobs and J visas for those participating in work and student exchanges.

In a normal year, as many as one thousand international students would arrive in the Lake George area to fill unglamorous, physically demanding jobs such as cleaning restrooms, sweeping sidewalks and changing linens.

Moreover, many of the students stay through Columbus Day, long after American students have returned to college.

When students visiting the US on J-1 visas are not available for hire, many businesses rely on low skilled workers here on H-2B visas, who provide similar services.

“Our member businesses in the hospitality and other industries make every effort to fill positions with local people first. They advertise online and in print. They go to — and some even hold their own — job fairs. However, it is often the case that there are not enough local workers to fill the needs of these businesses during peak times. As such, they rely on foreign workers in order to offer the best service to their guests,” said Amanda May Metzger, the Lake George Regional Chamber of Commerce’s communications director.

This past spring, the Chamber of Commerce issued press releases warning of labor shortages.

A limit on the number of H-2 visas granted during the first six months of 2020 was set at 33,000; that cap was reached before the end of January.

An advisory from the Department of Labor, which processes the visa applications, noted that employers who did not intend to hire H-2 visa holders until the spring or summer might not be able to participate in the program at all in 2020.

The US Congress also failed to renew waivers that allowed H-2 workers who had worked here in the past to return, regardless of whatever caps the federal government may have placed on the numbers of visas issued.

Any hopes that these decisions might be reversed were, however, dashed in June when President Trump announced that restrictions on temporary work visas would be extended through the end of the year, if not longer.

According to Lake George Village Mayor Bob Blais, the federal government’s decisions limiting the numbers of international workers able to come to Lake George are nearly as devastating to the local economy as the pandemic itself.

“Every year, the Lake George Region, and resorts throughout the United States, depend on students from all over the world to fill entry-level jobs. They work as chambermaids, busboys, dishwashers, rest-room attendants and wait staff. They pay rent, purchase clothing, send gifts home, eat and drink in our restaurants, ride our trolleys. Not allowing these students to travel to the United States will seriously affect our local businesses during 2020,” said Blais.

According to Blais, another impediment to the resumption of business is the extra $600 per week in unemployment benefits awarded to millions of Americans in March.

Blais said that benefit has become a disincentive to seek employment, and as a result, many jobs in the tourism business, as well as in the publicly-owned parks, have gone unfilled.

That benefit is due to expire this month.

Blais has written a letter to the editors of local newspapers calling upon business owners and managers “join us in writing the Federal government officials and US Representative Elise Stefanik, asking them to oppose extension of this unthinkable bonus rewarding some to stay out of work.”

The Lake George Regional Chamber of Commerce’s Board of Directors meets July 14 and may choose to take up the federal government’s most recent decisions at that time, said Gina Mintzer, the chamber’s executive director.