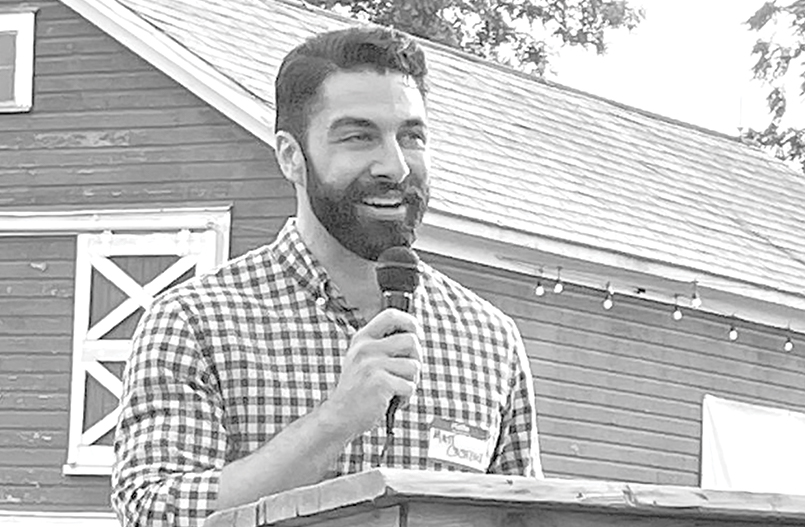 U.S. Representative Elise Stefanik is using her office “to undermine the credibility and legitimacy of our federal law enforcement agencies, which are doing the jobs we ask them to do,” says Matt Castelli, the former CIA officer and National Security Council staffer who is seeking the Democratic nomination to oppose the four-term congresswoman in November.

Castelli’s remarks were made in response to Stefanik’s August 15 announcement that she was “pressing (FBI) Director Christopher Wray on his use of government aircraft for personal travel as an illegal abuse of taxpayer funds.”

“We want to make certain that government leaders entrusted with public resources are using them properly, but I don’t think this (particular investigation) is her job; it’s the purview of the judiciary committees,” said Castelli.

coincidentally or not, shortly after the FBI began its investigation of Donald Trump’s misuse of classified documents.

“My constituents are deeply, deeply concerned about the politicization of the FBI and Biden’s Department of Justice,” Stefanik said on a right-wing media outlet on August 12.

Castelli said “the FBI executed a completely legitimate search warrant to retrieve national security documents, many of which were classified, containing information that could be used to threaten the security of the United States.”

“On January 6, our country was assaulted,” he said. “We need people who will put country and community above self-interest and above party. Elise Stefanik can’t seem to do that. On May 12, the Department of Defense briefed House Intelligence Committees on its plans for withdrawing from Afghanistan. Rep. Stefanik was not present. She was too busy ousting Liz Cheney from her leadership position.”

Castelli says he offers the voters an alternative.

“If I learned anything throughout my career, it is that protecting our country requires that we put country before party. My belief in that principle has never wavered,” he said.

A graduate of Sienna College, Georgetown’s School of Foreign Service and Northwestern University’s Kellogg School of Management, Castelli became a CIA officer after the attacks of September 11, 2001 and served in Afghanistan and Iraq.

He later served as Director for Counterterrorism at President Obama’s National Security Council. The Trump administration asked Matt to remain in that position.

In 2020, Castelli left government to work with a veteran-founded New York based technology company dedicated to eliminating barriers to health care for veterans, rural communities, and minorities.

The Democratic primary to choose the candidate to oppose Stefanik in November, in which Castelli faces Whitehall attorney Matt Putorti, will be held August 23. Polls open at 6 am and close at 9 pm.