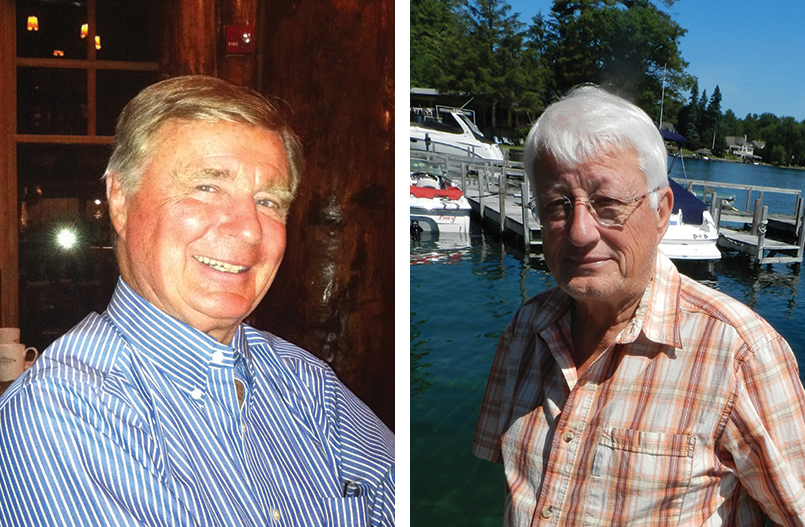 Ken Parker, a former resident of Bolton Landing and a member of the Lake George Park Commission since 2006, is the state agency’s new chairman.

Parker was elected by his fellow commissioners to succeed Bruce Young, who served as chairman from 2002 until his death in April, 2022.

Parker has served as the Lake George Park Commission’s vice-chairman for the past several years, presiding over meetings in Young’s absence.

He has also chaired the ad hoc committee assessing the effects of onsite wastewater systems on the lake’s water quality.

Parker was a founding partner of the firm Associates of Glens Falls Insurance, a Warren County Republican Committee chairman and an official within New York State’s economic development agency, a post to which he was appointed by Governor George Pataki.

“I appreciate your support,” Parker told the Commissioners at the April 26 meeting. “The only promise I make is the one I made when I joined the Commission: to support Lake George and the efforts to protect it.”

Parker’s first act as chairman was to introduce a resolution honoring Bruce Young, a Huletts Landing resident whom Governor Pataki appointed to the Commission in 1996 and who was the agency’s longest serving chairman.

“During Bruce’s tenure as chairman, the agency put in place groundbreaking protections, among the strongest of any water body in the nation, from storm water management to stream corridor protection and invasive species prevention, among other things,” said Parker.

Parker said Young was instrumental in the effort to secure state funding for the Commission’s new office building, which will also house the Fort George Visitors’ Center.

“This building will stand for decades as a testament to Bruce Young’s vision and leadership,” said Parker.

A native of Saratoga County, Parker and his wife Sandy started sailing on Lake George in 1979. In 1995, they purchased a house on Boon Bay.

“I’ve always felt the lake is the client and everyone who lives around it is its caretaker. So I was happy to be appointed to the Lake George Park Commission. I’ve always believed in giving something back to the community,” said Parker.

For Parker, Lake George is not simply the water, islands and wooded mountainsides. It’s also the people who use it.

“The Park commission is a number of things, one of which is, it’s a regulatory body. I’m not a property rights fanatic, but if someone wants a dock or boat house that won’t harm the environment and has the support of the neighbors, I tend to favor it. But that doesn’t mean we pass out variances like candy. Sometimes you have to say no, and sometimes you can say yes with conditions. And if the applicant accepts those, we are happy to say, ‘Fine. Here’s your permit. Go ahead, do it right, and live your life,” said Parker.

Parker, like every other member of the Lake George Park Commission, is serving an expired term.

He said the current governor has plans to accept the resignations of some members and appoint replacements, whose nominations must be confirmed by the New York State Senate. A prominent local businesswoman is among the names expected to be announced shortly.

As vice-chairman, Parker helped the Lake George Park Commission secure permits from the Department of Environmental Conservation and the Adirondack Park Agency to apply the herbicide ProcellaCOR to two dense beds of Eurasian milfoil in northern Lake George.

The Lake George Park Commission is now waiting upon a decision by the DEC that will allow the Commission to advance its proposed onsite wastewater system regulations.

“This should have been done decades ago,” said Parker. “If we can get everybody to upgrade and update their septic systems, that will be a huge step forward for the lake.”

Parker said he looked forward to continuing to work with the members of the Lake George Park Commission and its staff.

“One of the things I took with me from my years in business was that to be successful, you must surround yourself with people smarter than you. And I was very successful. I listened to people who knew more than me. I’m still doing that. I’m always learning,” said Parker.