County Has $1 Million to Distribute to COVID Impacted Businesses 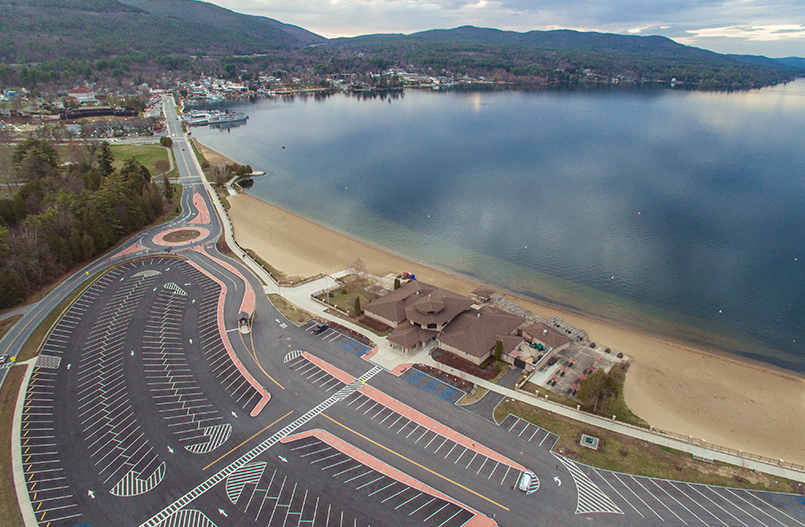 Warren County’s Board of Supervisors encourages local, privately-owned businesses adversely impacted by the COVID-19 pandemic to apply for relief funds, $12.4 million of which were awarded Warren County as part of the American Rescue Plan Act (ARPA).

A special committee charged by the Board of Supervisors with identifying productive uses of the new federal funds was expected to adopt procedures this week governing the distribution of funds to private enterprises.

“We urge any organization or business that believes they qualify for funding to review the application forms that the ARPA Advisory Committee will be releasing soon,” said Kevin Geraghty, Warren County Board of Supervisors Chairman and Warrensburg Town Supervisor.

Glens Falls Supervisor Claudia Braymer, co-chair of the ARPA Advisory Committee, said at the County Board’s May 20 meeting that the process of eliciting applications from affected businesses “is still being worked on.”

As of May 27, the application process and forms were all but complete, though not yet available to the public, said Mike Swan, Warren County Treasurer and a member of the Advisory Committee.

According to Swan, approximately $1 million has been reserved for the relief of private businesses.

At the May 20 meeting, Bolton Supervisor Ron Conover urged the ARPA Advisory Committee to better communicate with local business owners, utilizing the Chambers of Commerce and the media, among others.

“We need to let the business community know that significant funds are available, but that businesses must apply if they are to be considered,” said Conover.

At its May 20 meeting, the Board of Supervisors voted to award the Adirondack Sports Complex in Queensbury $200,000 in ARPA funds and $45,000 in Occupancy Tax funds.

“The Adirondack Sports Complex was able to demonstrate that it had lost significant amounts of money due to COVID, which is why we awarded the business that amount of money,” said Lake George Supervisor Dennis Dickinson, Braymer’s co-chair of the ARPA Advisory Committee.

Some Officials Question Wisdom of Grant

Treasurer Swan had voted against the Advisory Committee’s recommendation to the Board of Supervisors that it award the Adirondack Sports Complex the grant.

“The procedures and policies are not in place yet; the application forms have not been released. The contract that Warren County would have to enter into with the private enterprise has yet to be completed by the county attorney’s office,” Swan explained.

At the May 20 meeting, Queensbury-at-Large Supervisor Michael Wild, Bolton Supervisor Ron Conover and Chestertown Supervisor Craig Leggett voted against the measure, in part for reasons similar to Swan’s.

“There was no application process in place,” said Conover. “But even if there were, I would need assurances that this type of support will be afforded to all Warren county businesses, not just this one. We need a level playing field,” said Conover.

Conover said he was disturbed that the Supervisors wanted to award such a large share of available funds to one business.

“This grant is on top of the $350,000 we’ve awarded this one business in recent years,” said Conover.

Swan said he too thought the size of the grant to Adirondack Sports Complex was “imprudent.”

Queensbury-at-Large Supervisor Michael Wild voted ‘No,” for another reason: he said he was aware of risks associated with awarding funds to this particular business which he was not comfortable discussing outside an executive session.

“I cannot publicly discuss information that I was asked to keep confidential,” Wild wrote in an e-mail, responding to a request that he explain or elaborate upon his statements in the Board meeting.

Wild moved to close the public meeting and enter into executive session to discuss information he was privy to, but the motion was defeated.

Conover said the Board’s rejection of Wild’s motion was further grounds for opposing the grant.

“A supervisor indicated he had additional information that he wanted to discuss in executive session, but the other supervisors weren’t interested in listening,” said Conover. “I’m certainly not going to vote for something when I’m denied access to the relevant information.”

Regardless of the Supervisors’ vote in favor of the grant, “the funds will not be dispersed until there is a contract in place, signed by both parties and approved by the Board of Supervisors,” said Swan. Conover said he hoped the contract would include provisions that would protect Warren County in the event that the business is sold, files for bankruptcy or is seized by creditors.