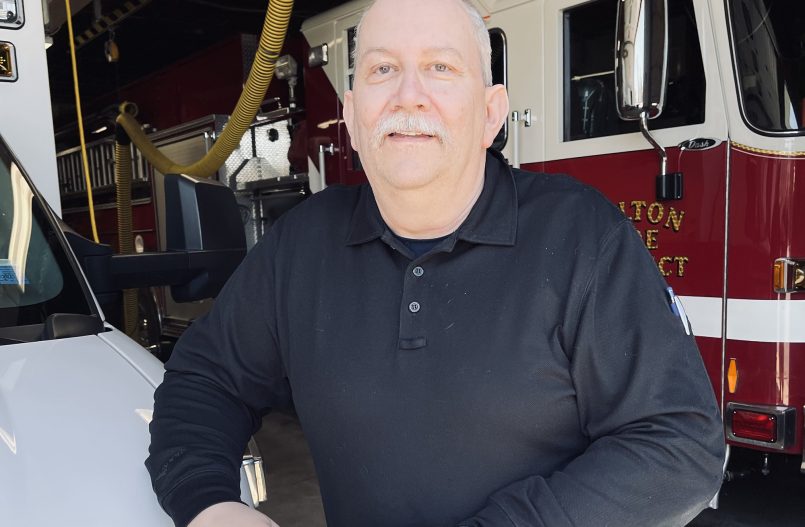 Bolton’s Emergency Medical Services organization is vaccinating homebound residents against COVID-19, one of only three rescue squads in Warren County providing that service.

In fact, says Tony Lipari, the organization’s Operations Manager and Captain, the Bolton EMS was the first squad in the area to create a mobile vaccination unit.

“I brought the idea to the squad’s Board of Directors, and given the advanced age of many of our residents, they quickly agreed to it,” said Lipari.

According to Lipari, those deemed “homebound” are “mostly over 65 with significant health issues.” Among them:  those who need help leaving the house or whose physicians have determined that leaving home could be detrimental to their health.

Also eligible: those 65 and over who were unable to drive to the state’s vaccination sites hours away from Bolton.

“These are not people that are used to driving for hours up and down the Northway after four o’clock in the afternoon,” he said.

By mid-March, the Bolton EMS had vaccinated approximately 30 people in their homes.

Many were enlisted the old-fashioned, small-town way: word of mouth. Flyers were put up around town, messages were posted on the firehouse’s electronic sign.

“We said, ‘if you are homebound or know somebody who is, give us a call.  We’ll see about getting you a vaccine,’” said Lipari.

“If you talk to Ginelle Jones, Warren County Health Services director, you would probably be told that Bolton residents who are visited regularly by nurses were already vaccinated. We were looking for people who may have escaped the notice of others, whether of the Town of Bolton, Hudson Headwaters Health Network, or retired physician Bryan Smead, who still makes house calls to the patients under his care,” said Lipari.

Names submitted to the EMS were cross-referenced with lists of homebound residents compiled by other agencies and organizations in order to avoid duplications and to make certain that those requesting vaccinations were eligible to receive them.

The Bolton EMS was provided with the vaccines produced by Johnson and Johnson, which innoculate the patient after only one dose and do not require expensive temperature, handling, and administrative controls to ensure a safe and effective vaccination.

“Our process is streamlined and organized to minimize wasting vaccine doses,” said Lipari. “Warren County Health Services calls us and asks how many vials will we need that week. We estimate the number of doses needed as accurately as possible and we map out our travel plans in advance.”

The ambulance unit includes a paramedic  and an EMT, who administer the vaccine and are trained to treat any adverse reaction.

According to Lipari, the Bolton EMS will continue to provide vaccinations for the homebound as long as necessary. For information, call 518-240-6262.