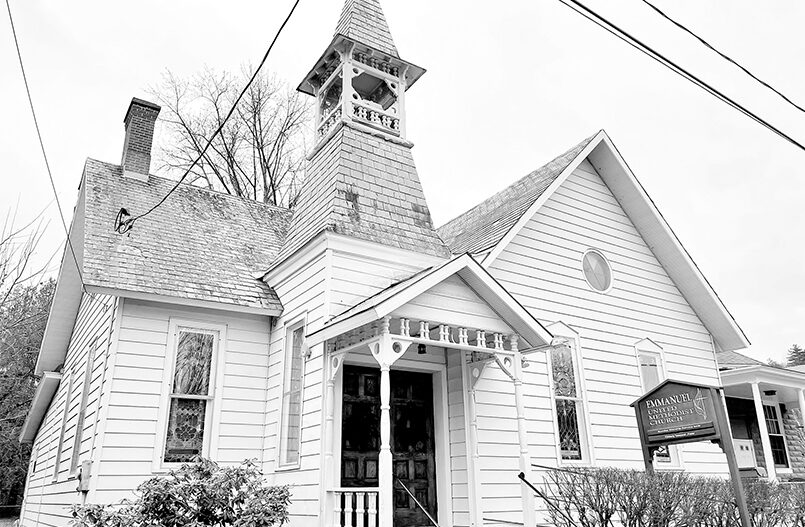 The Emmanuel United Methodist Church in Bolton Landing will hold its last service on Christmas Eve.

The church will then cease operations as one of 865 churches within the Upper New York Conference of The United Methodist Church.

A vote to disband was taken November 20 by the church’s remaining members, said Norman Crisp, who, with his wife Roberta, has managed the church’s affairs for the past several years.

According to Crisp, no more than ten people participated in the vote, which was taken after months of unsuccessful efforts to solicit volunteers to aid with the administrative and financial management of the church.

“We couldn’t continue in our capacities without some help from other people,” said Crisp. “But we’re heartbroken the decision to close was necessary, however unavoidable it was.”

Crisp said the church followed every measure prescribed by the Upper New York Conference of The United Methodist Church before holding the vote to disband, including seeking assistance from volunteers.

No volunteers emerged to carry on the work of the church, which once comprised roughly 80 members.

The church’s current pastor, Kimberly Townsend, will cease serving the church at the end of 2022, said Crisp.

Crisp attributed the decline in interest in the church to the aging of the membership and the fact that many longtime members have moved from Bolton or have passed away.

The pandemic may also have contributed to the decline in participation, especially among young people, he said.

According to Crisp, the trustees of the Upper New York Conference of The United Methodist Church hope another member of the conference, such as Skye Farm, will be able to make use of the church building. If not, it will be placed on the market and sold.

The church’s last Christmas service will start at 5:30 pm on December 24.