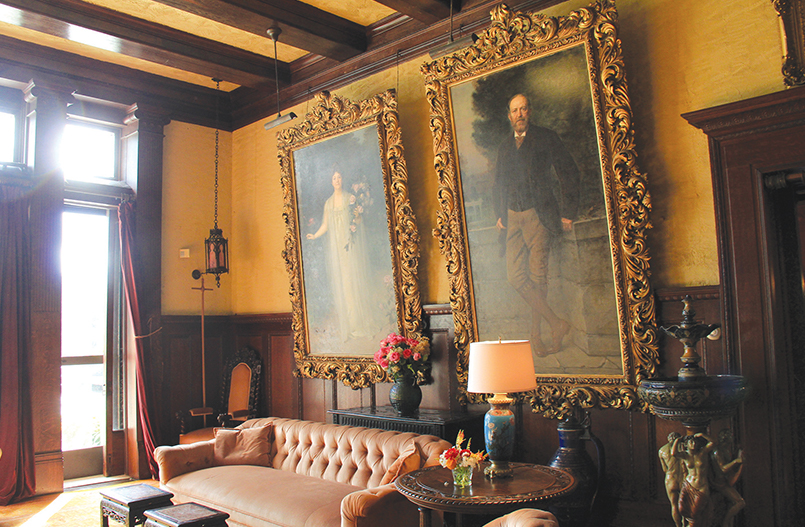 “The Fascinating Life of Katrina Trask,” a talk illustrated with projected vintage photos and graphics, will be presented by Betty Spinelli at The Sembrich in Bolton Landing on Wednesday, June 22 at 2 pm.

Katrina Trask, who lived from 1853 to 1922 and who was married to financier Spencer Trask, was a prominent Lake George summer resident who is better known as the founder of Yaddo, the artists’ colony in Saratoga.

In addition to establishing Yaddo, the couple created an artists’ colony on the east side of Lake George where Georgia O’Keeffe spent a summer painting. They later donated property to Wiawaka, the retreat for working women. They made their home on Triuna, now Three Brother Island, in Bolton and commissioned its distinctive, neo-gothic architecture. She was also the author of more than a dozen books.

Trask was also responsible for the monument to Peace on Diamond Island, which she purchased in 1901 and which is now publicly owned.

“I’ve been interested in Katrina Trask since my first visit to Yaddo many years ago,” said Spinelli.  “When I retired and learned of her many Lake George connections, my interest turned to intrigue and I began to research her background, which was filled with wealth, tragedy, romance and creativity.  In doing the research, I discovered that the popular lore didn’t really convey the ‘true essence’ of Katrina.  The desire to tell her full story was the drive behind this presentation.”

Spinelli, a former resident of Diamond Point, has acquired a third career   as “a literary dramatist,” presenting vivid portraits of people such as the Trasks and Evelyn Nesbitt, “the girl in the red velvet swing,” to diverse audiences throughout New York State.

Her first two careers were in education and business. She holds two Master’s degrees and has taught high school mathematics in Albany and Computer Science at the University of Albany. She retired in 2004 from Xerox Corporation where she was Director of International Data.

And in a fourth career, Spinelli has been an active volunteer for historical and environmental support organizations, including Warren County Historical Society, Marcella Sembrich Memorial Association and The Fund for Lake George (which recently merged with the Lake George Association.) Betty Spinelli and her husband Joe Stanek live in Saratoga Springs.