Home Share Tweet
Next Story Canoe and Canvas: a Contemporary Interpretation of the Encampments of the American Canoe Association 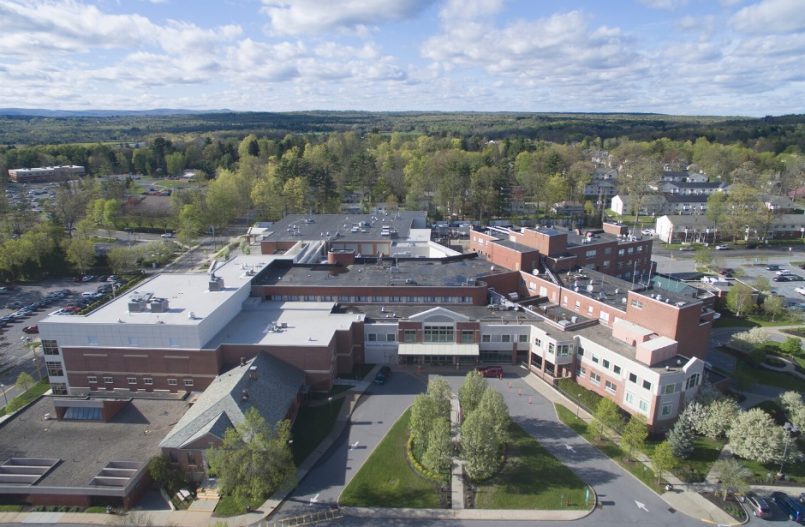 “Pooled testing – screening several patients at once rather than individually – has the obvious advantage of increasing the number of people screened while conserving time, supplies and costs,” said Leo Fishel, a Washington DC-based consultant with the federal government’s Health Resources and Services Administration..

Fishel added, “It’s new and not in wide use yet.”

Among the limited number of hospitals using pooled testing is one in the Lake George region:  Saratoga Hospital.

“We started pooled testing because we wanted to ascertain the status of every one who was sick enough to come into the hospital, and do it rapidly,”  said Dr. David Mastrianni, senior vice president of Saratoga Hospital Medical Group.

Mastrianni and his colleagues initiated a pool testing pilot project in April, having received Emergency Authorization from the New York State Department of Health.

“Under normal, non-pandemic circumstances, we would have had to overcome extensive regulatory hurdles,” explained Mastrianni. “If we were to screen people rapidly, we needed pooled testing. We’ve continued with it because it remains the best way of doing that.”

In pooled testing, samples from several individuals who have been determined to be at low-risk for contracting COVID-19 are combined in a single vial.

If the result is negative, everyone whose sample was pooled can be admitted to the hospital, undergo elective surgery or receive treatment for other medical issues, as originally planned.

The hospital saves approximately a quarter of the resources that would otherwise have been expended had every individual received his or her own test, said Mastrianni.

If the pooled test is positive, every person must be retested individually, the hospital stated.

According to Mastrianni, the typical pool consists of five individuals.

Among pooled testing’s initial advantages, it allowed the hospital to reserve the highest grade “or most intensive” PPE for medical staff assigned to treat patients testing positive for COVID-19,  which, at the start of the pandemic, was in short supply, said Mastrianni.

“On the other hand, staff treating patients who tested negative could  feel reassured that patients they were spending a lot of time with were not infected with the virus and were not presenting that particular danger to others,” he added.

Patients seeking treatment for non-COVID-19 related issues were also reassured, knowing  that if they came to the hospital, those diagnosed with COVID-19 were already isolated, said Mastrianni.

According to Mastrianni, the  success of pooled testing has implications  for public health, as well as hospital medicine.

Pooled testing allows hospitals, health centers and publiic health officials to estimate the prevalence of COVID-19 in the wider community, in this case, the Lake George region.

“Rates of infection among people in the community constitute your canary in the coal mine; that’s going to give

you advance warning if you’re facing a surge that will require more  resources,” he said.

Mastrianni said Saratoga Hospital’s program was especially effective for estimating community spread because it sampled a representative segment of the local population: those  scheduled for elective surgery.

As of August 12, the Capital Region’s rate of infection was 0.7%, according to Governor Andrew Cuomo’s office.

Mastrianni  said the pooled testing strategy developed and successfully implemented by Saratoga Hospital “can be used by other community hospitals and may have applications for testing additional low-risk groups, including healthcare workers and clients of occupational medicine services.”

The publication of the article in the professional journal by Mastrianni and his colleagues is expected to expand the use of pooled testing.

So, too, will an August 21 decision by the New York State Department of Health to permit pooled testing for returning SUNY students.

The US Food and Drug Administration has also issued emergency use authorization (EUA) for pooled testing by Quest, a prominent national medical lab,  said Leo Fishel.