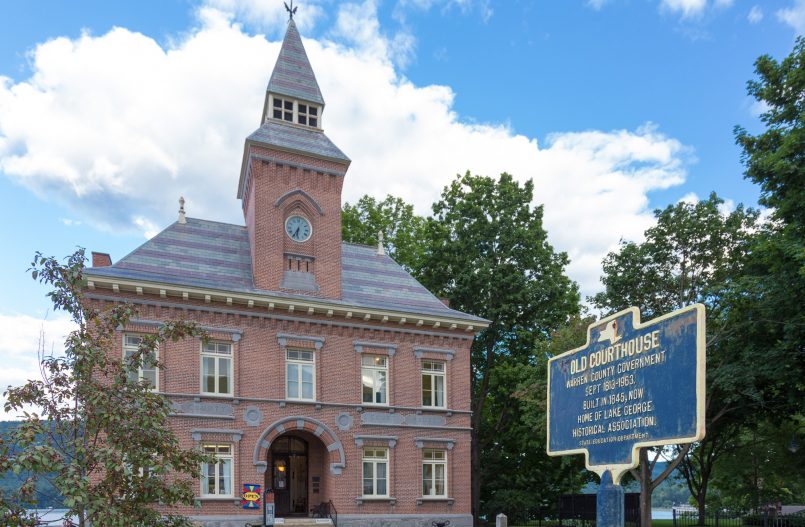 The resort and rural towns of Warren County will be  overlooked by the nation’s 2020 census unless  residents participate, says Sara Frankenfeld, a county planner who co-chairs a local Complete Census Count Committee.

According to Frankenfeld, a less than accurate count of upcounty residents could result in the loss of  federal funding for roads and bridges, not to mention representation in federal, state and even county government.

“We update our data about local election districts to reflect changes in population,” said Frankenfeld. “If you want to have a voice, you have to be counted.”

Rather than a county legislature, Warren County has a Board of Supervisors, filled by locally elected officials whose individual votes are weighed according to the numbers of people they represent.

“The weighted vote is based on the results of the last census,” explained Frankenfeld. “So the census determines  representation from the national and state levels all the way down to the local level.”

Based on the 2020 census, the New York State legislature will draw the lines of new congressional, state Senate and Assembly districts, apportioning seats according to population.

“At the national level, because of New York’s decline in population relative to other states,  New York could lose two seats in Congress. If we have an undercount, we could lose even more. We don’t want that happen. So we need an accurate count,” she said.

According to Frankenfeld, those funds defray the costs of, among other things,  “school lunch programs, after-school programs, public transportation, interstate highways, housing and hundreds of other federal programs that people rely upon.”

In New York State, roughly $73 billion in federal funds flows to programs based on census information.

At a meeting of Warren County Supervisors earlier this year,  Planning Department staff said local governmental services could lose nearly $20 million in federal funding over the next decade if even 650 county residents go undocumented in the 2020 census.

According to Frankenfeld, the rate of response to the 2020 census in the upcounty towns is far below the national average.

“Glen Falls and Queensbury have responded well, equal to or in excess of the national average, but our upcounty towns are struggling. That’s disturbing. We’re in danger of being overlooked,”  she said.

Accurately enumerating people outside cities is reportedly  difficult in part because of rural residents’ mistrust of  government.

Frankenfeld told the Warren County Supervisors in February that during the 2010 census, roughly a third of the residents of northern Warren County towns responded to cards mailed to them requesting their participation — a response rate far lower than metropolitan areas.

This year’s count, however, was even more challenging than usual.

“One of the problems was that unlike residents of Glens Falls and Queensbury, who were mailed census information to their homes, many upcounty residents were scheduled to have information hand-delivered to their homes, a process that was disrupted by the outbreak of the novel Coronavirus and the subsequent shutdown of government, business and most daily activities,” said Frankenfeld.

It’s Not Too Late to be Counted

Residents can complete the census questionnaire by visiting https://my2020census.gov

Those without access to a computer or the internet may call 1-844-330-2020 to complete the census over the telephone.

The Warren County Planning Board’s website has additional information about the census. To access it, visit www.warrencountycensus.com

Second-home owners who were not residing in Warren County on April 1 will still be counted as residents if they live here six months and one day or longer.