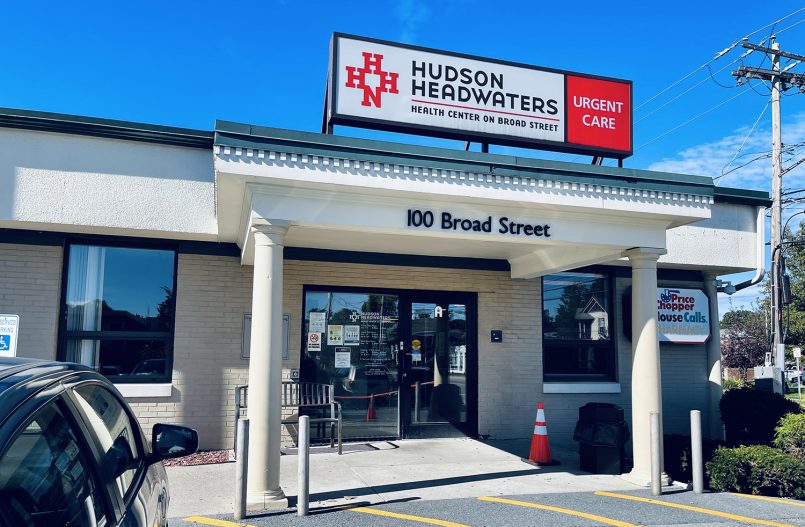 Hudson Headwaters Health Network has been awarded a $1.5 million grant to renovate one of its 21 local health centers.

The American Rescue Plan, signed into law in March,  included funds for “major health care construction and renovation projects” at federally-qualified health centers, and on September 28 the Biden administration announced that nearly $1 billion in grants were to be awarded to centers across all fifty states.

“These capital grants will strengthen our primary health care infrastructure, modernizing facilities across the country to better meet the most pressing public health challenges,”stated the press release from the Health Resources and Services Administration (HRSA), which awarded the grants.

Hudson Headwaters, one of 62 providers in New York State awarded funds, will use its grant to help renovate its health center at 100 Broad Street in Glens Falls.

The  modernization of the facility, now roughly four decades old, was already in the planning stages when the grant was announced, said Sean Philpott-Jones Hudson Headwaters’ Vice President for Government Relations and Grants Management.

“The Broad Street Health Center currently offers both primary and urgent care services and it is the third busiest of our health centers,” said Philpott-Jones. “It has processed 52,000 patient visits over the past year and has conducted more than 44,000 COVID-19 tests, more than any other health center in the network.”

At 8,000 square feet, the building is now too small and antiquated to perform all the functions of a modern health center, so once the renovations are complete, the facility will strictly be an urgent care center, said Philpot-Jones.

Its primary health care functions are to be transferred to a new, larger, state-of-the art center nearby, he said.

The construction of the new center, to be situated on S. Western Avenue in the Exit 18 corridor, is expected to start next spring, said Philpot-Jones.

“The renovation of the Broad Street facility was always viewed as part of a phased  process,” said Philpott-Jones.

The $1.5 mllion grant is the second to be awarded Hudson Headwaters from American Rescue Plan funds this year, said Philpott-Jones.

In March, 2021, the Network was awarded a $12.7 million, two-year grant that could be used only to offset costs assocuated with the expansion of preventive and primary health care services for people at higher risk for COVID-19.

Phillpott-Jones said the network used a portion of those funds to defray the costs of upgrading its telehealth capabilities.

At the start of the pandemic, local health centers and hospitals accelerated the use of virtual or remote health care, but limited WiFi connectivity and access to broadband technologies  remained an obstacle to the  permanent expansion of telehealth, said Philpott-Jones.

As a result, he said, “Hudson Headwaters also budgeted money to offset and in some cases the costs of internet or cellular access for low-income patients living in areas where such services are unavailable or excessively expensive, which is, unfortunately, common in many parts of the Adirondacks and the North Country.”

According to the University of Wisconsin Population Health Institute’s  County Health Rankings & Roadmaps, the rural counties served by Hudson Headwaters Health Network are among those with pronounced behavioral health deficits, from substance abuse to obesity and depression.