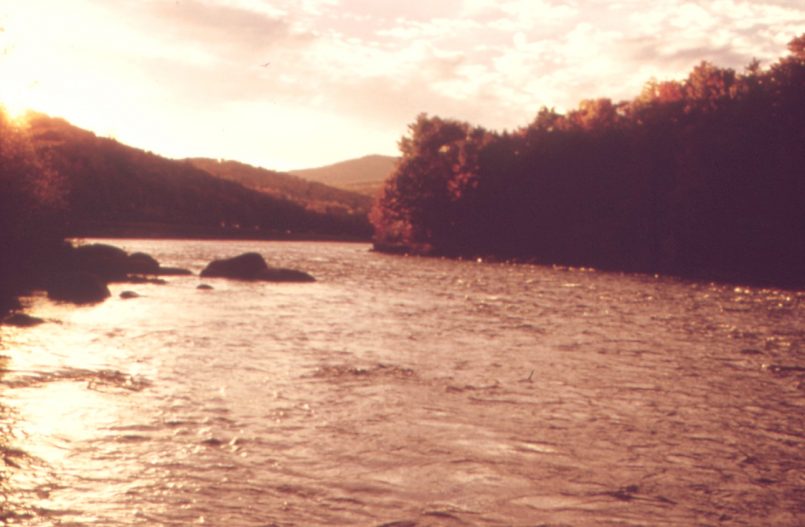 If you never met Jon Cody, this memoir by Christopher Shaw will make you wish you had. Or perhaps not. A skilled craftsman and enterprising retailer and antique trader, Cody was also a drug dealer, an arsonist, a gunslinger, a rake.  He was, above all else, a Virgil to Shaw’s Dante, a guide through the underworld of the Adirondacks.

Shaw, a retired Middlebury College professor and former editor of Adirondack Life magazine, was among a cohort of young people who settled in and around the hamlet of Stony Creek in the late 1960s and early 70s. He was introduced to Cody at the Stony Creek Inn by Hank Soto, co-founder, with John Strong, of the Stony Creek Band – neither of whom seem to have fallen under Cody’s spell to quite the degree that Shaw did.

Cody struck Shaw, a Bard College drop-out and would-be writer, as “a character slightly more out there than some of the other fantasy heroes of the time, James Dean, Neal Cassady, Ed Dorn’s Gunslinger.”

After 24 hours in Cody’s company, Shaw felt his “universe had just doubled in size, as when the ice goes out of a northern lake.”

As much as “The Crazy Wisdom” is about friendship and the slipperiness of memory, about coming of age in post-War America and specifically in the Adirondack Park at a time now receding into a shaded, shadowy past, it is a tale of houses.

The most significant of these – historically at least – was an Adirondack Great Camp, built in West Stony Creek in the 1920s for G.Y. Barber and when inhabited by Cody, owned by Lake George Steamboat Company president Wilbur Dow, who installed the one-armed jack of trades as the compound’s caretaker in a cabin known as the Wigwam.

In 1974, Dow sold the camp’s 300 acres to New York State, which soon enfolded the old growth, pristine woods inside the Adirondack Forest Preserve. All buildings were to be left to deteriorate and collapse, with the exception of the Wigwam, which could be retained by the current owners or their tenant (i.e. Jon Cody) until (to use the curiously appropriate language of fairy tales) forty summers came and went.

According to anti-APA, backcountry resisters, perfidious New York State burned the buildings within a week or two of taking title to the property.

In point of fact, Cody torched the buildings, reveals Shaw.

“If we couldn’t have it, then nobody else would either,” Cody told Shaw apropos of another fire, which he claimed to have set.

That fire consumed a house of greater importance to Shaw than even the Wigwam.

The house, known as Clear Brook North and located in Thurman, was occupied in the 1950s by Schenectady friends of Shaw’s family.

However much or little time Shaw spent there as a child, for decades the house and its occupants loomed large in his imagination, where it remained a fixed, magnetic pole, drawing him north.

For a would-be writer viewing life as enchanted tales foretold, Shaw could not have been completely surprised to learn that Cody not only knew of the house but had spent time there, a pal of the family’s son, with his own key to the front door.

Portrait of an Artist as a Young Man

By “crazy wisdom” Shaw seems to mean a “subtle transmission” through which he not only learned from Cody but absorbed much of his essence: attitudes toward life, a physical posture and even a language, “a fluency with the spoken word.”

Although Cody himself was barely literate – a consequence of dyslexia – he was crucial to Shaw’s development as a writer.

Reading aloud to Cody from James Fenimore Cooper, Jack London, Conrad, Melville and Twain, writes Shaw, “tuned my ear in a new way to writing as speech, to the music of sentences and the montage of concrete things, places, names and pictures.”

Working beside Cody in his Lake George leather shop, Shaw not only learned how to draw patterns, cut hides, polish brass and assemble belts, jackets and bags; he acquired a deferential respect for craft and craftsmanship, the ballast of all and any art.

Perhaps of greatest importance, Cody created a space for Shaw to become a writer “far from the busy civilization going on out beyond the passage through the rocks, the cleft in the mountain.”

Had Cody, his way of life and his “different relationship to time” been less compelling, Shaw’s latent talents might have been diverted toward pursuits more respectable and lucrative than petty marijuana dealing, ski lift operations, camp caretaking and whitewater guiding.  Because they were not, he was granted time to read, scribble his disjointed thoughts on scraps of paper, absorb the multi-layered histories of the Adirondacks and observe and learn to describe in detail the natural world.

Perhaps because of his years in the wilderness – both literally and figuratively – Shaw is one of our finest naturalists.  His precise but imagistic descriptions of weather, skies, water, landscapes, plants and animals and their ways help make “The Crazy Wisdom” a joy to read, just as they enriched Shaw’s Adirondack novel, “The Power Line.” Both books deserve an audience beyond the Blue Line, but whether they find one or they don’t, they are permanent contributions to the literature of the Adirondacks and to our stock of knowledge about the region.

Cody’s death, which Shaw first recounted in an article for Adirondack Life, is already a part of Adirondack folklore: how Cody returned to the Wigwam to die just as the agreed-upon fortieth summer was to expire and how the state police discovered his body, led there by his dog Storm, who was waiting in the road for them.

In my experience, many, or perhaps most of us, have encountered at one time or another – usually in our youth – outsized personalities whose charm alone might have brought them success, prominence or even the stardom that seemed ordained for them, were it not for substance abuse, mental illness or premature death.  Over time, we come to recognize that perhaps they were not, after all, cases of potential unfulfilled; they became all they ever could have become, their flaws as much them as their gifts. A sordid ending was as predictable as a triumphant one.

Jon Cody was certainly outsized: “mercurial, elusive, a phantom…. Living by the seat of his pants, immersed in wildness and impulsive action. The downside of it… came out in Jon’s mood swings, addictions, and dramas.”

Fifty years after meeting Cody for the first time, Shaw has made his peace with him.