“An Evening with Christopher Shaw” at Bolton Historical Museum 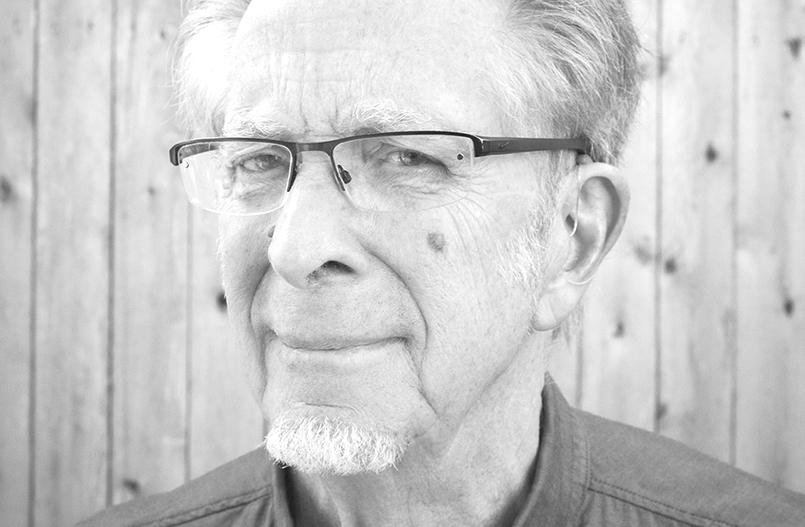 Christopher Shaw, author of “The Powerline” and “Crazy Wisdom.”
By Anthony F. Hall

Christopher Shaw, the author of two recent books about the Adirondacks, one a novel, the other a memoir, will be the guest of the Historical Society of the Town of Bolton on August 18 for an evening of readings, reminiscences and conversation.

“An Evening with Christopher Shaw” will take place at the Bolton Historical Museum in Rogers Park, Bolton Landing, and start at 6 pm.

His memoir, “Crazy Wisdom,” is about coming of age in post-War America and specifically in the Adirondack Park at a time now receding into a shaded, shadowy past.

As Shaw reminds us, less than one hundred years elapsed

between the downing of Franklin County’s last indigenous moose and the creation of the Adirondack Park Agency,

Within that time, electricity came to the Adirondacks, as did bootleggers, men and women dying of TB, rafters, draft dodgers, scholars, writers and artists – not necessarily in that order.

Among the writers was Shaw, a Bard College dropout who was among a cluster of young people who settled in and around the hamlet of Stony Creek in the late 1960s and early 70s.

Living in the Adirondacks in his twenties, Shaw had some sixth sense that the senior citizens living on hill farms, working horses in the woods or drinking away an afternoon at the Stony Creek Inn were anachronisms, people whose way of life was already passing beyond his grasp.

He also met people like Jon Cody, an outlaw, perhaps, but someone crucial to Shaw’s development as a writer.

Recently retired from Middlebury College after a career that included editing Adirondack Life magazine, “I’m happy that in retirement I could give these materials their due. I hope they open a window for readers into a little understood period of transition in northern New York.”

Lake George is part of Shaw’s history – both his own and the Adirondack Park’s.

“I never thought of the Lake George basin and its history as separate from ‘the Adirondacks,’ any more than you might think of Old Forge as being separate from the Adirondacks. They progressed interdependently, a fact often ignored or passed over in the political-environmentalist realm,” said Shaw, who spent summers at Pilot Knob from the age of nine to nineteen.

Perhaps because of his years in the Adirondacks, Shaw is not only a perceptive memoirist and inventive novelist but one of our finest naturalists, a keen observer of weather, skies, water, landscapes, plants and animals and their ways.

His gifts of observation help make both “The Crazy Wisdom” and “The Power Line” a joy to read.

“Spring was really busting out… Far off you could see the sun reflecting off the slides on Whiteface, where the ice evaporated and melted and the haze starting to gather around the peaks, and there were robins and flickers in the bare, brown meadows along the power line we had started cutting last fall,” he writes in “The Powerline.”

Here’s a simple description of ice-out: “it wouldn’t be that long before the whole grey sheet blew away and disappeared, and you’d be able to catch a big laker from the shore…”

Shaw says he is looking forward to sharing stories with those who, like him, remember the Adirondacks of the 1960s and 70s.

He is especially anxious to hear from people who knew Jon Cody.

If you never met Jon Cody, “Crazy Wisdom” will make you wish you had. A skilled craftsman and enterprising retailer and antique trader, Cody was also known to many as a kind, generous friend. But he was also a drug dealer, a gunslinger and an arsonist.

Cody’s death, which Shaw first recounted in an article for Adirondack Life, is now part of Adirondack folklore: how Cody returned to West Stony Creek to die and how the state police discovered his body, led there by his dog Storm, who was waiting in the road for them.

Books to be Signed

Copies of “The Powerline” and “Crazy Wisdom” will be available for purchase at “An Evening with Christopher Shaw.” Shaw will also sign copies of the books.