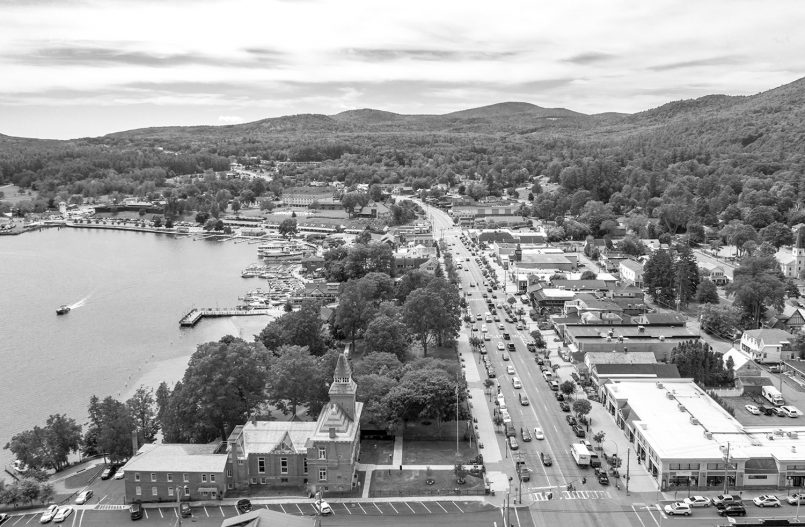 Lake George Village will levy $1.468 million in property taxes to finance its 2021-22 budget, 20% of which will go to the new wastewater treatment plant. Photo courtesy Crown Focus Media.
By Anthony F. Hall

That’s twice as much as the annual cost of the current plant, which the state’s Environmental Conservation department says leaches pollutants into Lake George.

According to Mayor Bob Blais, the new treatment plant is responsible for roughly 20% of spending in the Village’s proposed $5.2 million budget.

Last year’s revaluation raised the collective value of all taxable properties within the Village by $35 million.

“When your assessed valuation rises, you divide the total value of your properties by the amount to be levied, giving you a lower the tax rate,” said Blais.

The assessed value of Lake George Village, minus those properties exempt from real estate taxes, is now $265,345,784., said Blais.

The Village of Lake George estimates it must collect $1.468 million in property taxes to finance its 2021-22 operations, according to the preliminary budget that officials expect to approve before June 1, the start of the Village’s fiscal year. That figure is slightly higher than amounts raised last year.

“It’s going to be a brand new wastewater treatment plant, with the most advanced technology available, so we expected it to be expensive to operate,” said Blais.

The plant’s costs to Village taxpayers will stabilize once a $9.4 state grant has been received and the Town of Lake George’s Caldwell Sewer District starts contributing its share of costs, expected to be roughly 40% of the whole.

So as to not raise tax rates in the interim, the Village’s Board of Trustees has agreed to increase parking fees from $1 to $2 per hour.